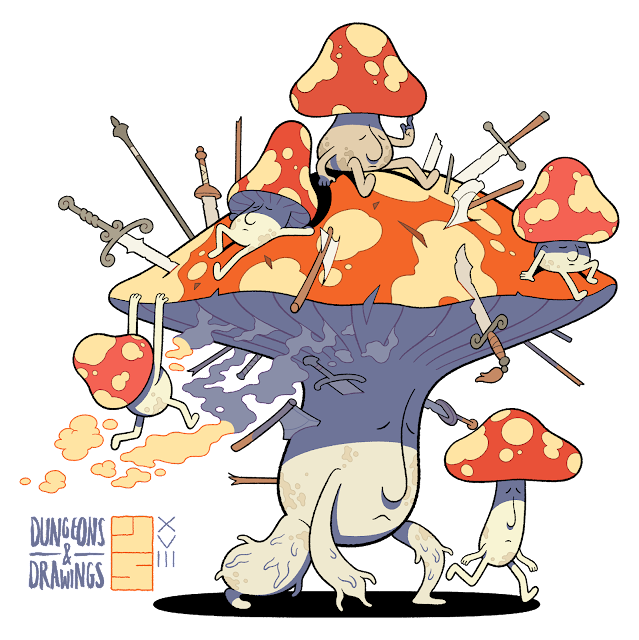 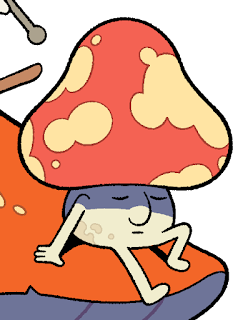 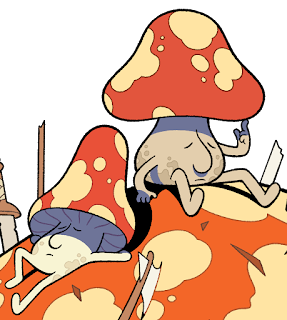 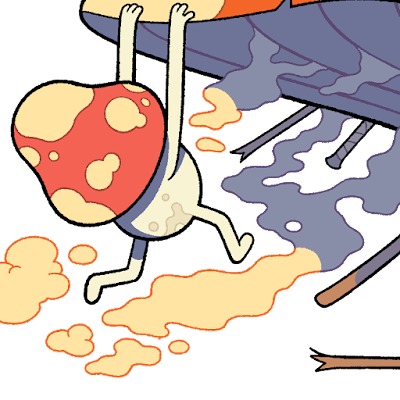 I'm gonna cop to some influence here from the mushroom in Hollow Knight, but this also makes me think of the mushroom-people from the Dark Souls series, the way they travel in packs of children and adults. Also the design trope of a monster lumbering about with a bunch of weapons lodged in its hide is a real favourite of mine, the way it sort of tells a story, like - many have tried to kill this thing, but all have failed.
Posted by Joe Sparrow at 10:30 1 comments 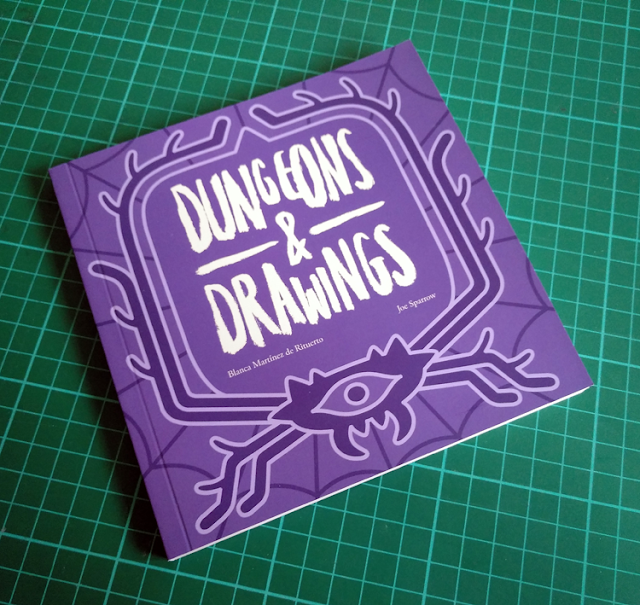 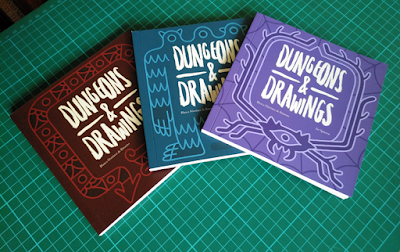 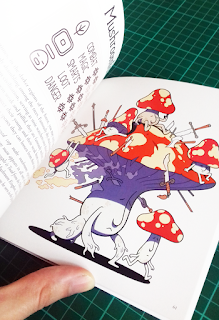 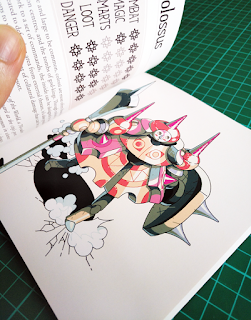 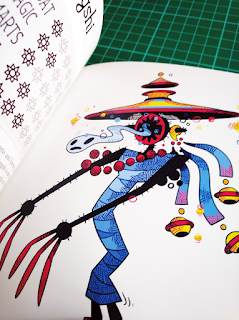 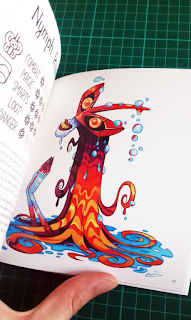 At long last! The third volume of Dungeons & Drawings can now be purchased online at our Etsy store:

Featuring a fresh batch of 40 new illustrations from the Dungeons & Drawings archive, this book combines imaginative and colourful monster designs with easy-to-understand stats and well-researched folkloric history. Ever wondered why a ghoul’s called a ghoul? Ever wondered where angels come from? With this book, you need wonder no more!
Whether you’re a tabletop dungeon master looking for monster ideas, or just a fan of cool illustration, Dungeons & Drawings: Volume 3 is a must-have. And for a limited time only you can pick up all 3 volumes (that’s 120 whole illustrations!) for just £24! Dang! What a hot deal!
Ships globally from the UK. Packages to UK addresses are sent 1st class and should be expected next working day. International packages sent by international standard - see https://www.royalmail.com/personal/international-delivery/international-standard/ for details regarding delivery times.
Posted by Blanca Martinez de Rituerto at 11:30 2 comments 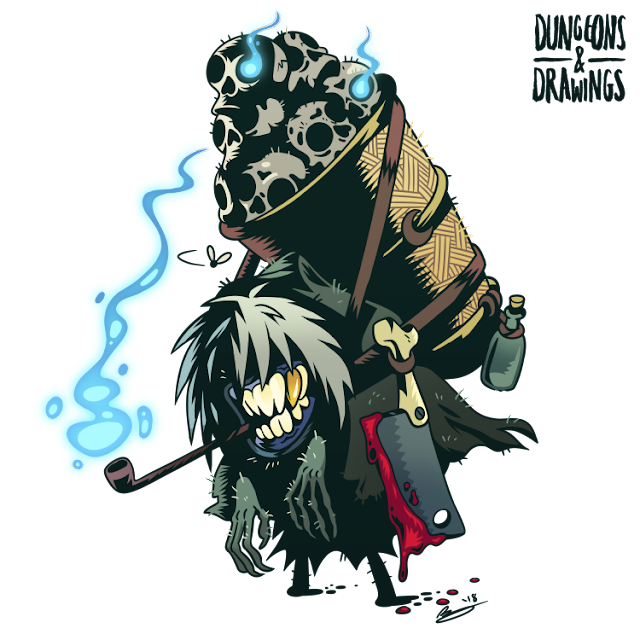 Don't go into the woods after dark.

Make offerings at the temples of the travel gods, hold onto your talismans, wear your shirt inside out and carry a hazel stick.

Don't got into the woods after dark.

Do not acknowledge cute little old ladies, beautiful women or lost children. Do not heed the weeping in the trees, or the laughter, or the cries for help. Do not follow the swaying of lanterns in the darkness. If your friend left the path, they are gone. That is not their voice you hear.

But most of all don't go into the woods after dark.