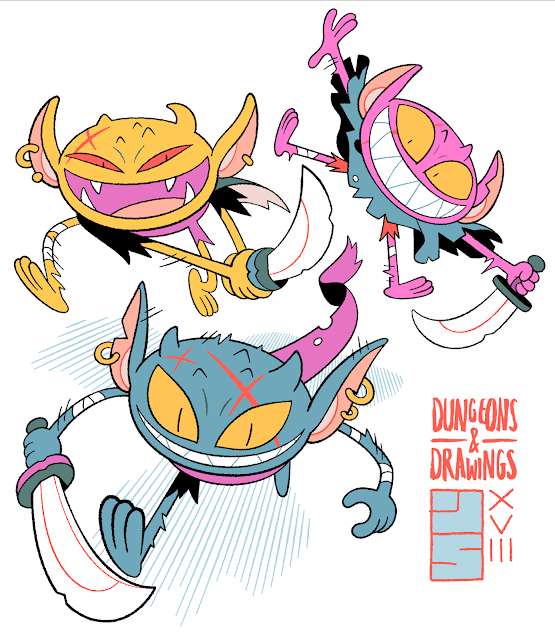 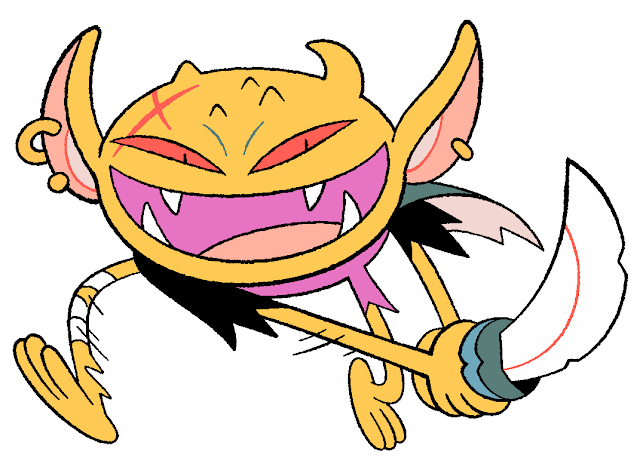 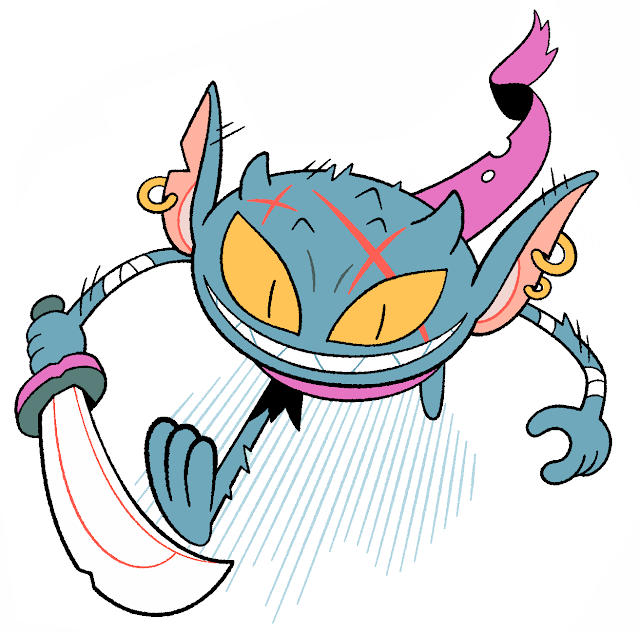 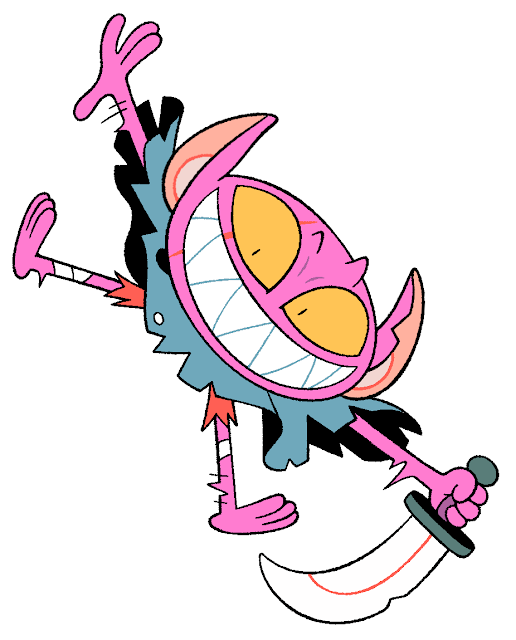 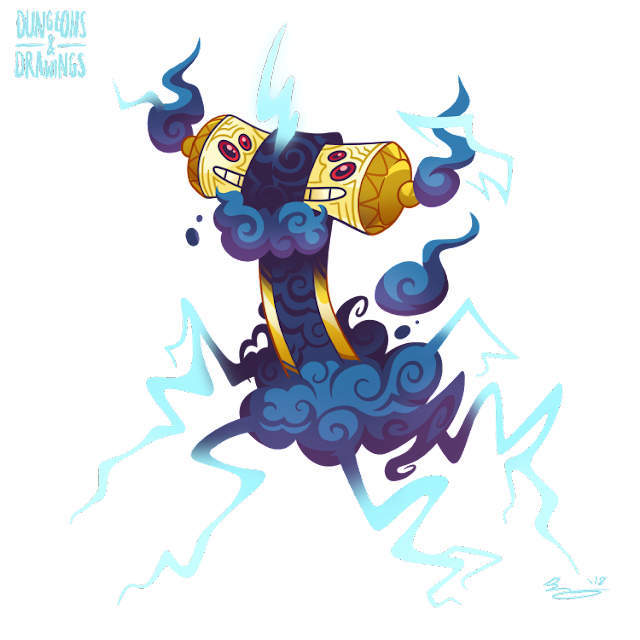 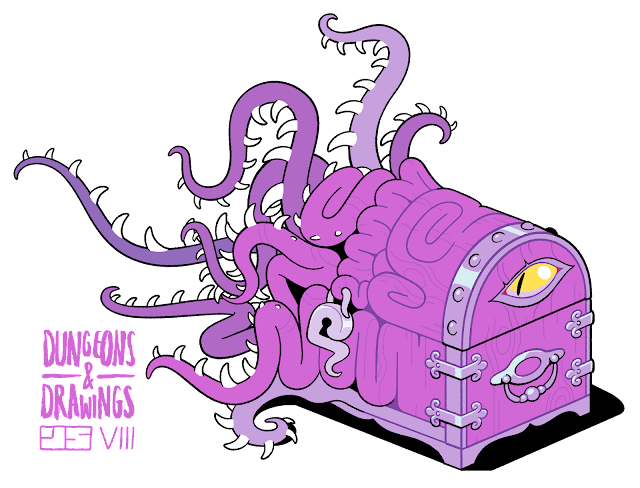 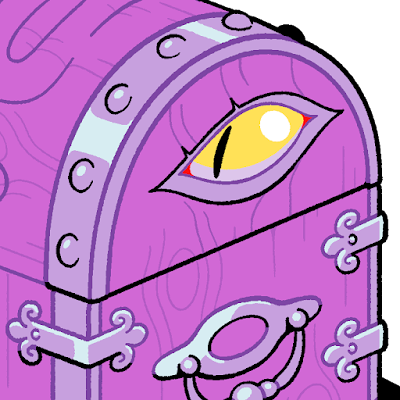 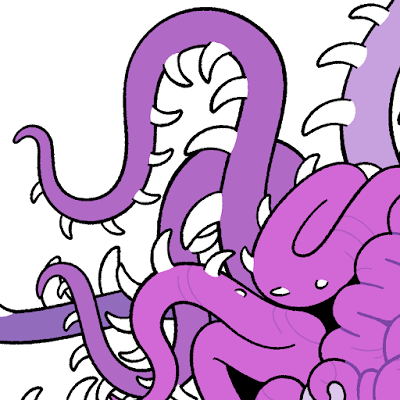 Of all the aberrations that have squirmed their way from outside time and space onto the material plane, there are none quite like the Mimic. It is certainly not the greatest of them, nor the most powerful (either in raw strength or intellect). Yet it is (at least to the average adventurer) one of the most feared, and rightly so.

The thing that sets Mimics apart from most of their alien brethren is that most aberrations come into our world with little to no understanding of it; or, if they do comprehend our ways, they simply do not care. Creatures like the Gibbering Mouther, the Grick, or the Choker - these fiends hunt, kill and feed almost mindlessly, making full use of their evolved weaponry but without the slightest concern for the humanity that fears them.

The Mimic, however, is more insidious. It has learned the habits of humans - particularly the foolhardy breed known as "adventurers", who are fond of going out into the world in groups of only five or six - and is capable of... well, mimicking any object that might serve to disguise itself until prey draws close, ensuring a quick death to any who fall into its trap.

Some have claimed that the Mimic is like any other camouflaged animal - that its transformations are merely opportunistic, dumb imitations of form simply to hide from prey. But seasoned hunters swear differently; that within each Mimic's actions there lurks a streak of genuine malevolence, or, even worse, dark humour. What's more, survivors of one Mimic attack will often become obsessed by the threat of another - every pot, chest and chair becomes a potential threat that must be investigated thoroughly. More than a few such adventurers have descended into madness.

This one's inspired by the various breeds of octopus that can alter the colour of their skin (as well as - seemingly - its very texture) to more effectively camouflage themselves. There's a specific breed known as the Mimic Octopus that adds another layer to this subterfuge by actively pretending to be other creatures - poisonous sea snakes, flatfish and lionfish to name a few examples - in order to scare off predators.

I spent a while trying to grade the transition from tentacles into wood so that it was sufficiently smooth. I'm not sure if I like it 100% but I at least enjoy looking at it for the colours right now! For some reason I really like using blues and purples for wood. 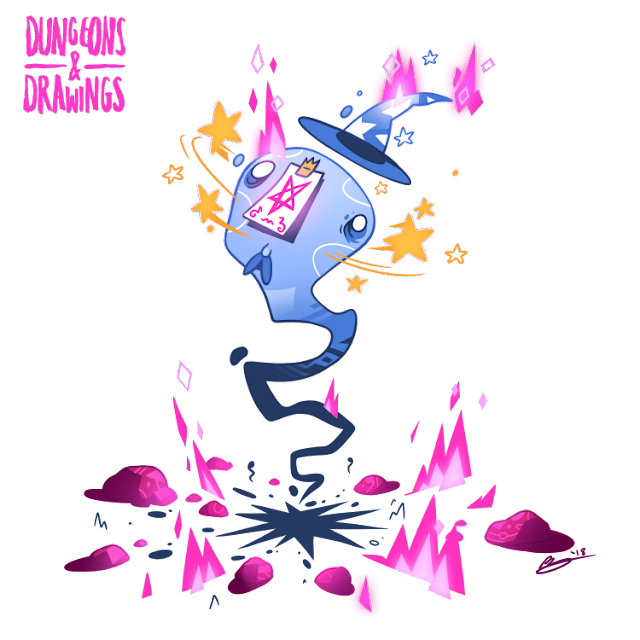 Okay so you can have ghost, but what if the ghost was, like, magic? I mean, I guess you could just tack on some spellcaster levels onto a standard ghost. Or you could use the somewhat superfluous spectral mage template!

Honestly there isn't that much difference between the two types of ghosties. Except maybe that spectral mages are a bit more consistent as poltergeists since they don't have to take breaks between levitation spells.

Mostly I like the idea of a wizard spending just, like, ages trying to figure out the elixir of life, or how to become a lich or worm that walks, only for them to accidentally blow themselves up and become a ghost.