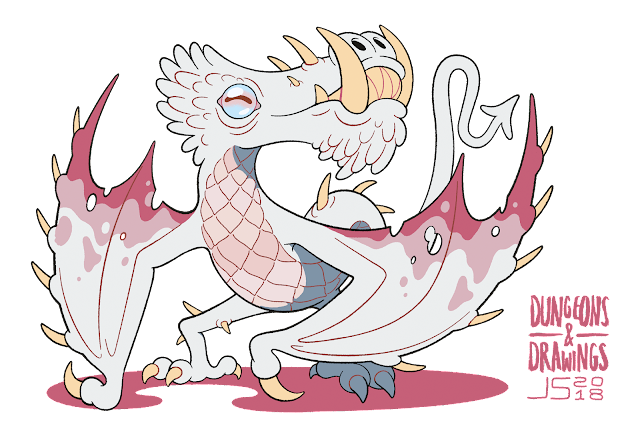 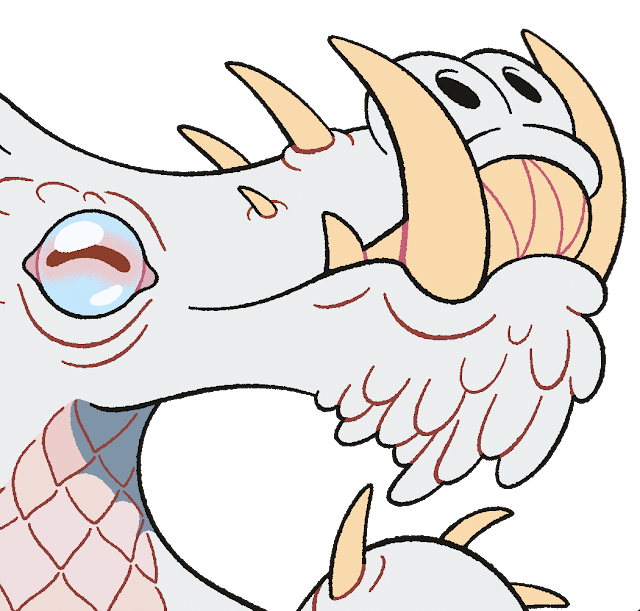 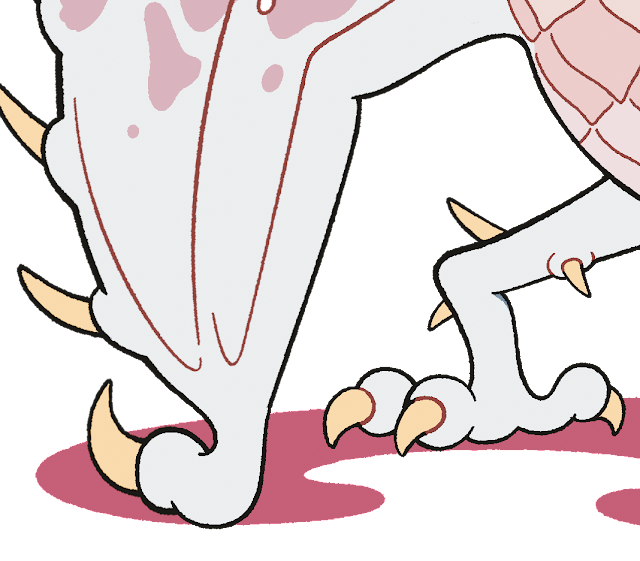 Any village swineherd who has heard more than a single story about dragons is likely to come away with some half-formed impression of their grandeur. There's an argument to be made that this plays into the scheming of the dragons themselves - famously vain creatures that they are - but there is simply no denying that, by and large, drakes are a noble breed of great physical beauty. Chromatics: vast, snarling, scheming creatures, studded with scales of scarlet and topaz... Metallics: even larger in size but wise and meditative, sheathed in lustrous snakeskin like spun silver and gold... even the so-called lesser breeds, shoots that deviate from the stem of dragon-kind, usually retain some faded glimmer of their more magnificent cousins. Usually.

There is, they say, no beast that will quicker dispel the illusion of dragons as creatures of nobility as the Wyvern. Like a gangly, embarrassing cousin they are rarely acknowledged by the "true" breeds, yet they are far more numerous, which speaks, perhaps, to their pigeon-like success at populating the world.

Compared to the average Chromatic, the Wyvern is a stunted, bony parody of a dragon. Its body is barely larger than an elephant, its intelligence subhuman. Its scales range from mottled brown, through half-formed greens to pale, sandy yellows and whites, depending on its surroundings - the idea of camouflage is anathema to full-blooded dragons, but Wyverns will take their advantages wherever they can get them. Finally, and most markedly, Wyverns at some point deviated from their greater kin in the loss of their draconic forelimbs. This seems not to have affected them much, however, as they continue to scramble about deftly using their wings.

Wyverns are great! This was fun to draw. I hope you like it! 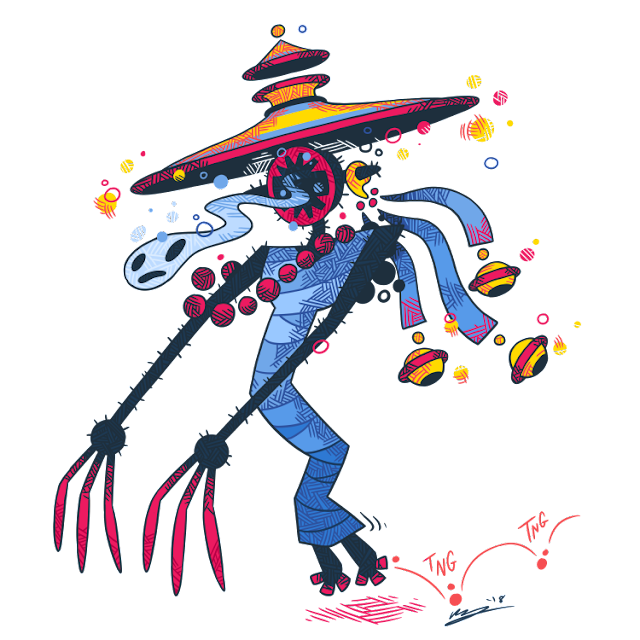 Here's Mr. Vampire himself! Mr. Hopping Vampire. Don't laugh, coz he'll get ya.

So while they're called vampires and have the teeth to back it up, they're not your typical suck-your-blood types. They're psychic vampires, breathing on you and draining your chi. The big ol' claws are just a good way to make you stay put while they do that sweet chi draining.

Also, unlike regular vampires, they don't have that whole shape-shifting thing to make themselves look sexy. It's the moldy rotting corpse look that they've got going on. Not that they could lay some seduction on you with words either, because they're not too bright either. These dudes are also completely blind, and detect their prey by sensing their breath. But they're reeeeaaallly good at sensing breath, can feel it from quite far away, so you'd better put some distance between you and Mr. Vampire.

So that should make them easy enemies, yeah? Well, sunlight doesn't harm them, so you can't just whip aside some curtains or come back to their hidey-holes after sunrise to kill them. They'll be awake and they'll be waiting. Or maybe they'll just be following you. And don't let them get you with the claws either, because pretty soon after you'll feel your muscles seizing up until you can only move at a hop-hop-hop.