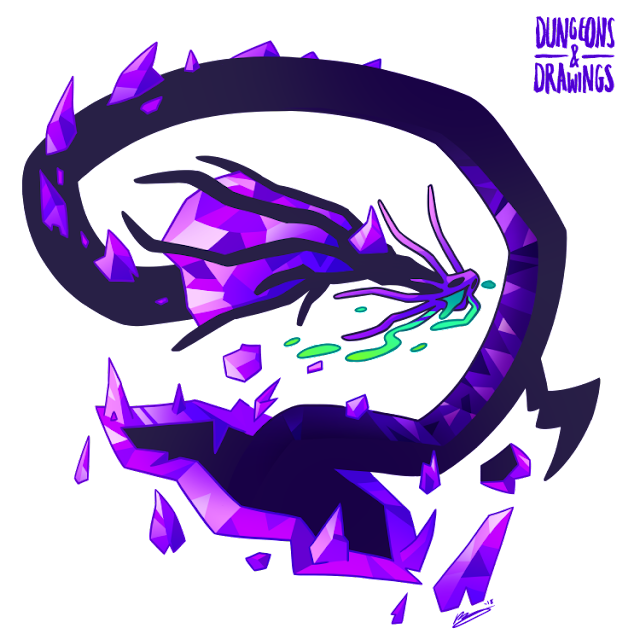 As one would expect, deep dragons are found deep, deep in the earth. It's not completely certain whether deep dragons are their own species, or some kind of mutated version of a true dragon. Regardless, they're just as powerful as true dragons. Surface dwellers may now give a sigh of relief as it's made known that deep dragons have no interest in leaving their dark world. They sometimes make pacts with drow, but that's mostly to keep an eye on them and make sure that whatever the drow do, it won't interfere with the deep dragon's well-being.

Deep dragons cannot be trusted. They’re especially tricky creatures, and similarly difficult to fool. Even a wyrmling is born with innate true seeing, making them immune to the effects of illusions and invisibility. Older deep dragons become more attuned to their cavernous and stony environment. They start out being able to easily burrow through stone and worm their way though small cracks. By the time end of their lifespan, deep dragons can command the stone to open, close and warp as they please.

Why fight some repugnant humanoid skulking in the tunnel you've left behind when you can simply command the tunnel to seal itself, crushing the intruder? 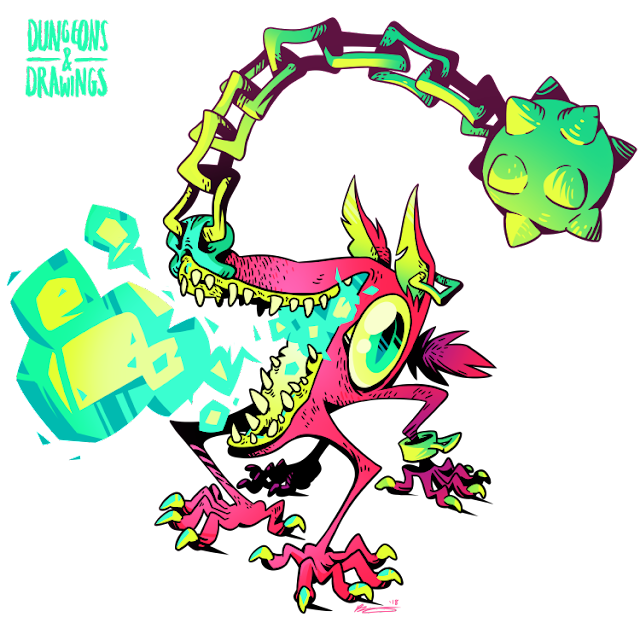 Hell hounds are the canine companions of the servants of the denizens of Hell. Bred for size, viciousness and trainability, hell hounds can grow large enough to be used as mounts in the eternal wars between Hell and the Abyss. Wild hell hounds can also be found in wandering in packs throughout this evil plane, and while they're scrawnier than their tamed bretheren, they're also much more cunning.

Evil wizards and warlords will often summon or otherwise procure a hellhound for their own destructive needs. However, the hound's fiery breath and sulphurous smell makes them extremely hazardous to the very flammable Material Plane. Summoning, though only short-term, is probably the more sensible option if you have the means. Otherwise be ready to build stone pens. And make sure that you use good lucks; though beastly, hell hounds are smart enough to work out simpler locks.

Other wizards, fervent seekers of higher truths, also summon hell hounds in an attempt to answer a frustrating question:

Can this hound be a Good Boy when they are, by definition, a Very Bad Dog?