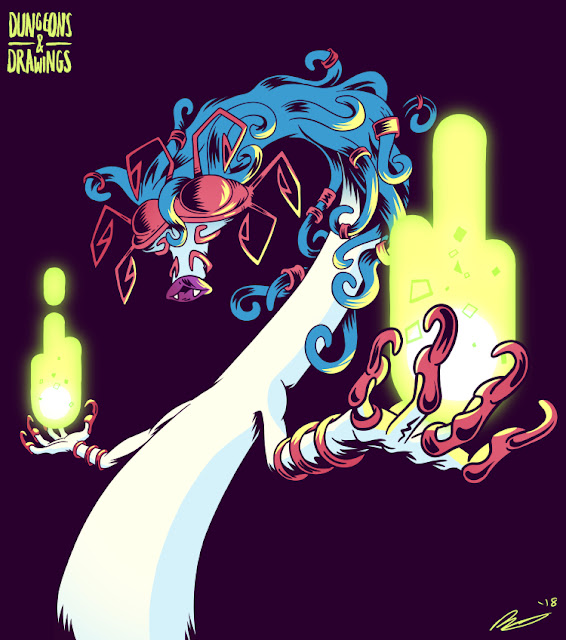 Yuan-ti hate hate hate hate hate anyone who isn't a yuan-ti. Especially any other creature who have the disgusting physical defect of not having scales. These Scaleless Ones are becoming increasingly troubling, what with their insistence on learning magic. This has forced that hands of yuan-ti lords, making them train elite groups of mages which expand on the race's natural spellcasting capabilities. Thus were created the mageslayers.


While the mageslayer has a couple of offensive spells (namely fireball, burning hands and acid splash), most of it's magic is geared towards espionage and quick, deadly takedowns. Yuan-ti favour sneak attacks over anything that calls attention to themselves. Take out the enemy slowly, one by one. If this is impossible, retreat. So the yuan-ti mageslayer will disguise itself, either as a disgusting Scaleless One, a pitiful but graceful small viper, or simply condescend to blend into their surroundings. Disenchant enemy weapons and block the abilities of any spellcasters. Lure them down wrong paths with invisible hands. And when the last intruder is left alive, grab him, and teleport away with your soon-to-be precious sacrifice.