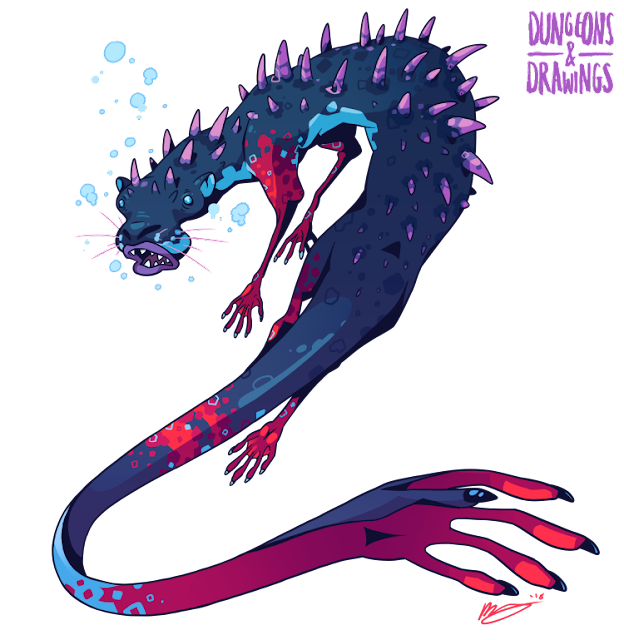 Lurking in swamps, watery caverns and murky rivers, the ahuizotl hides just below the water's surface, hoping to exploit the altruism of anybody nearby by calling out like a lost, scared child. When someone rushes towards it to help, this creatures grabs them and drags them into the water. The hand at the end of its long, prehensile tail is especially strong, and used as a primary weapon. Even those who escape the ahuizotl are often blinded forever, since its first moves tend to be an attempts to rip out their victim's eyes.

While the ahuizotl feeds on people, it's very particular about which body parts it prefers. Corpses are found floating on the water, skin bruised but untouched, missing their eyes, teeth and fingernails.

You may have heard about this creature from My Little Pony: Friendship is Magic, but the ahuizotl is a creature of Mexican myth. Meaning spiny aquatic thing, it's described as a dog-like creature with monkey- or raccoon-like paws and a human hand at the end of its tail. It's a bit up in the air as to whether it's smooth (as stated in the Florentine Codex) or spiky (like it's name implies).

In the mythology, the ahuizotl is an agent of the rain and water god Tlaloc. Those killed by the ahuizotl were either chosen ones transported to his afterlife, or sinner punished for hoarding. In D&D, it's implied to be a completely independent aberration. I don't know why they chose to make it an aberration instead of a magical beast or outside, since aberrations tend to be tentacley, squishy alien things.

Most drawings of the ahuizotl tend to play up the dog aspect, but a few other people have thought the true water dogs: seals otters. But I didn't base this on your squeaky cute Redwall river otters or cuddly (but distressingly horrible) sea otters. I took my inspiration from the 5-foot long, nightmare-eyed, caiman-and-anaconda-eating monstrosity that is the South American giant river otter. 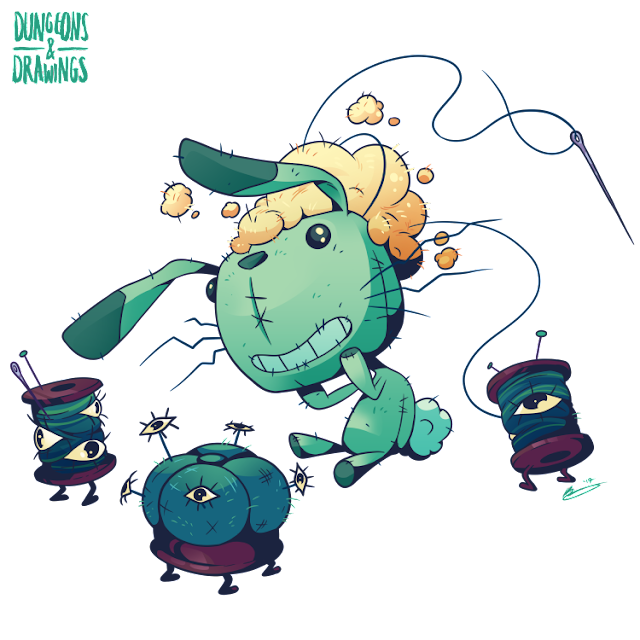 Animated objects come in all shapes and sizes. And while, say, suits of armour, weapons and doorways may be of more obvious value, sometimes smaller objects are the ones gifted with motion. Though maybe one can see how living bobbins and needles would be useful to an especially busy tailor.

These objects aren't technically alive, making it somewhat easy to maintain them. So long as one has the relevant skill (sewing, carpentry, metalworking...) keeping your animated servant going is relatively easy. The difficult part may be finding a spellcaster with the relevant magic ability for it. Or maybe you can come across the leavings of a ravid.