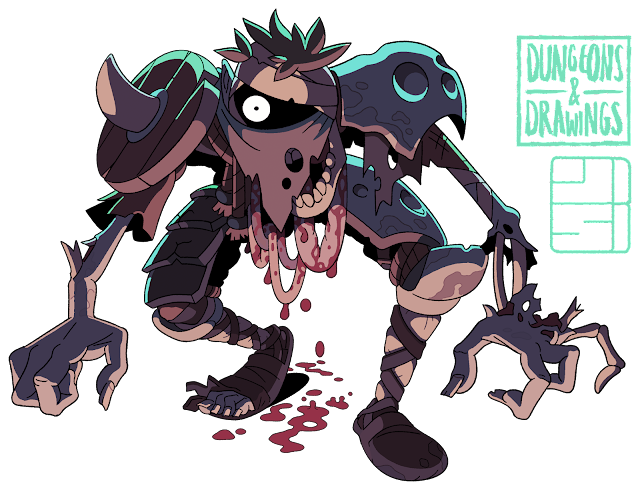 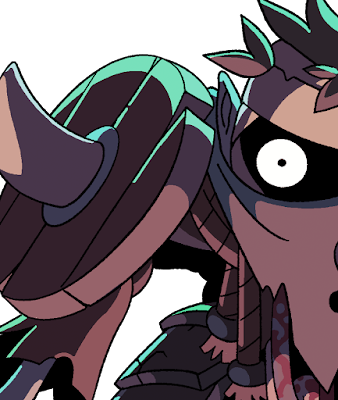 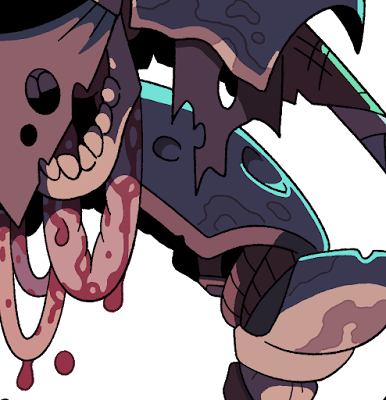 Zombies are perhaps the quintessential undead. Their ubiquity is due in part to their flexibility - anything that lives, dies. Anything that dies, can be raised as a zombie. Zombie humans, zombie dogs, zombie ogres, zombie dragons; all are potential foes when facing a necromancer of sufficient power.

In terms of necromantic finesse, however, zombies are pretty near the bottom of the barrel. An extremely quick fix to a deeply profound problem (death), they are often little more than hastily-recruited servants, capable of a narrow portfolio of limited tasks (such as biting adventurers, or carrying trays) and fall apart at the slightest pressure. Outside of amateur necromancy (where zombies and zombie-like efforts are drearily commonplace), zombies are rarely used except as a "meat shield" (grisly literal in this case) to absorb an attack, or as a swarm to overwhelm a weakened foe.

First post for me since the Colossus, which was ages ago! Oy. I actually did an earlier version of this but I didn't like it so I completely did it over. Maybe I'll post the other one sometime. It wasn't very good, though. I think both Blanca & I avoided zombies as a Dungeons & Drawings subject for ages because... zombies are quite ubiquitous as a subject of illustration? I hate saying stuff like that, but... I don't know. You just see them kind of a lot, I guess. My theory is that they're fun to draw because you can make them as ugly/deformed as you like and they don't look weird (you don't have to sweat proportions too much), and they are quite well served by relentlessly adding detail (wrinkles, wounds etc) - which also serve to mask any structural inaccuracies. Case in point - I only realised at the end of drawing this picture that the zombie's right foot is backwards. In any other humanoid creature that would be grounds for another tiresome redraw, but with the zombie - you can just explain it away by saying something like "oh, this zombie was just assembled poorly". Brilliant!