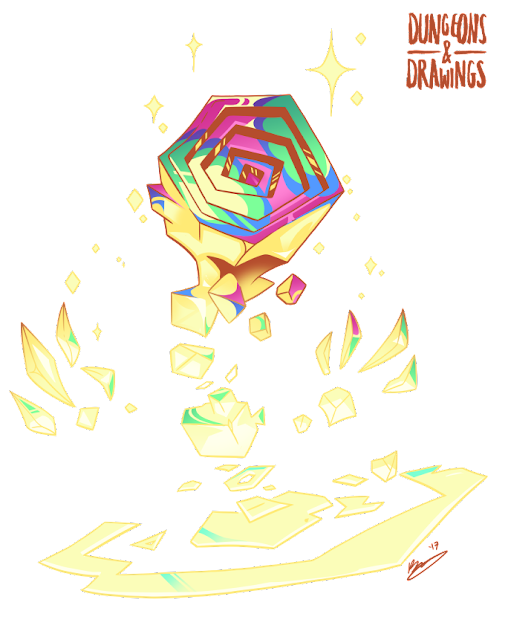 The town has an old man with a story. When he was young, he was part of a group of miners going to explore a nearby cave. No bears or wolves entered there; no drow appeared on night-time raids; there wasn't the sound of dwarf, kobold or goblin pickaxes.

He describes going in with a dozen other young men, seeing the green and blue copper veins in the walls, the faint light of quartz reflecting lantern light. He describes a feeling that overcame him , the rushing ice-water and sinking guts of fear. All of them starting running, not to the mouth of the cave, but deeper, deeper into the darkness. He doesn't know how it happened, but they got separated. It must have been the panic that disoriented him, that made him forget where cavern openings were, what made him miss the pits that seemed to suddenly appear beneath his feet.

He remembers hearing voices in the dark, the voices of his friends shouting on the other side of walls, angry, afraid. He heard whispers in his ears that tell him it's their fault he was trapped here, that they're getting rid of him.

He doesn't know how he escaped. But don't go in the old cave, the cave with no animal prints, the cave that houses no bats. There's something evil in that cave and it can't be seen.

The earth whisper in an earth elemental that uses mind-altering effects to drive people into caverns, which it reshapes using the stone shape spell, trapping intruders in tiny pockets until they either starve, suffocate or kill themselves. If more than one person is there, after trapping them it gives them a sudden rush of gold lust which makes them fight each other over whatever meager riches the other holds. The earth whisper is incorporeal (though not invisible) and hides inside the stone walls of its cave while it drives others mad.

This kind of monster has really great potential for a more psychological campaign, I think.

It has a really great concept, but boy is it difficult to come up with a visual design for. It's an incorporeal earth elemental sooooo... a ghostly lump of dirt? Ghost are easy to draw since it's easy to identify a translucent human, skeleton, animal, whatever. But here you have to communicate that it's this weird type of creature and also by the way you can't touch it.

I'm fairly pleased with the result which I think does the whole intangible thing okay. I wanted to make an earth elemental that looked different from my earlier attempt. Though I kinda pat myself on the back for making it not a lump of grey-brown stuff and basing it on malachite, I find that it looks a bit more watery than earthy (the foam-like dust mane doesn't help either). With this one I took inspiration for pyrite and bismuth minerals. Not terribly spooky, but I like colours.