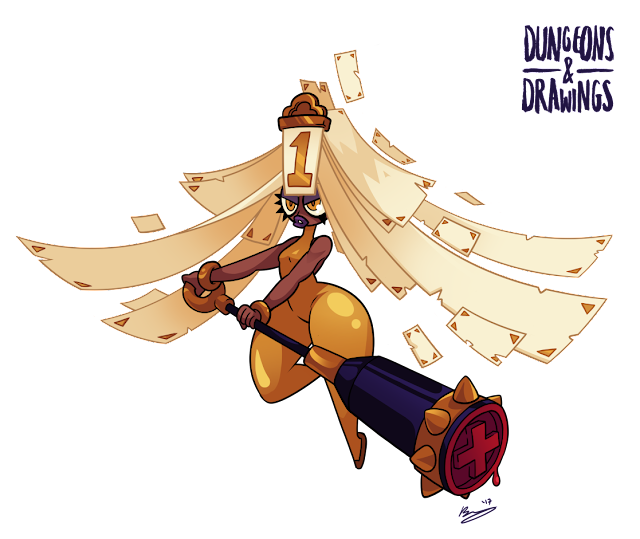 There are many types of magic in the world. Amongst one of the purest forms of magic is truename magic. Everything in the world has a true name, a word that encapsulates the whole of their being. Ordinary arcane magic relies on a combination of spoken word, magic ingredient and/or mystic gesture. With truename magic, one only has to vocalize, using the true words which make up the fabric of the universe. However, the truename magic is very precise, relying heavily on intonation. Pronouncing a word wrong usually means the words fizzle, but certain higher powers of the multiverse have names which are able to twist back and damage those who use them incorrectly.

Word archons are the heavenly beings tasked with holding up the sanctity of truename magic. Flying on wings of paper, these archons strike down those who pervert true names to fulfil evil purposes. They are especially studious archons and will make sure to know the true name of their hated target so that their magic will land more effectively.

Name magic is something I always found quite fascinating. It's a fairly common fantasy trope, with magic generally being treated as using the original words of the universe. Knowing an entity's real name is definitely one that gets used and gets mentioned a lot in occult texts. I think Ursula LeGuin's Earthsea series is probably one of the better known examples. Voldemort from Harry Potter kinda has a similar thing going on, but that's less that his name is inherently magic and more that he's put charms on his own name.

Shamefully channeling Shenanimation's style for this. Look at their stuff, it's neat. 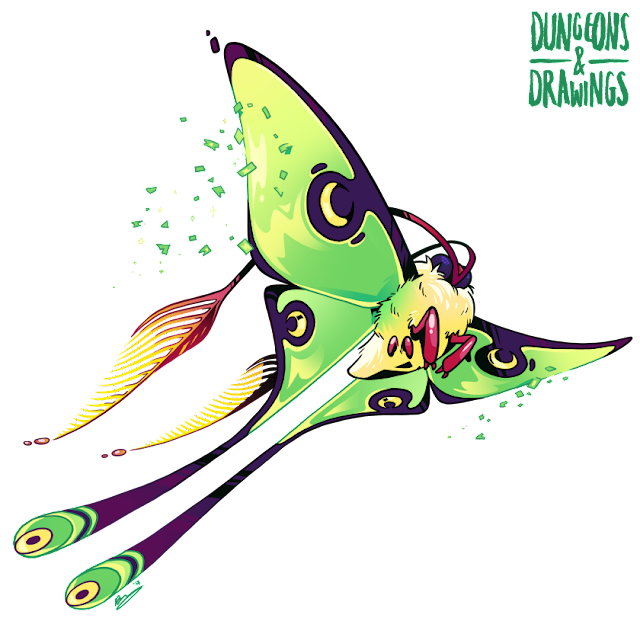 There are planes in the universe (Faerie, the Feywild, the First World, Arborea, the Beastlands, whatever you want to call them), where nature is bigger, greater than it is in our lowly Material Plane. Some would even say that in those other planes are home to creatures as they were initially conceived by the gods. It isn't nature there; it's Nature. So while our world has moths, the other planes have Moths.

There we can find the Luna Moth, a horse-sized insect occasionally used by elves and fey creatures as mounts. They need to be trained in combat of course, but only about as much as an ordinary soldier would need to be trained. Luna Moths are intelligent creatures, making them partners as well as mounts. Sadly, they have no mouths with which to speak.

Luna Moths are ideal for scouting missions; they're capable of turning invisible at will and can see invisible other things which are hiding with invisibility spells. Though they can buffet targets with their wings, they're too thin to do much damage, making them poor combatants. The wings can scatter a soporific powder to create an avenue for escape.

Insects are really interesting animals. Did a bit of research into real luna moths. Your classic neutral luna moth is American, but other moon moth species exist in Asia and Africa. They all have big wings (yellow or green) with long tails coming off the lower wings. It's a bit of a sad insect as well, one of those whose adult stage only exists for mating. Luna moths don't have mouths and therefore can't feed, giving it only seven days to find partners before starving to death.

They might be called "luna" or "moon" moths because their eye-spots look a little like waxing moons? Most sources I'm looking at say that they're called that because they're nocturnal, but so are most moths. 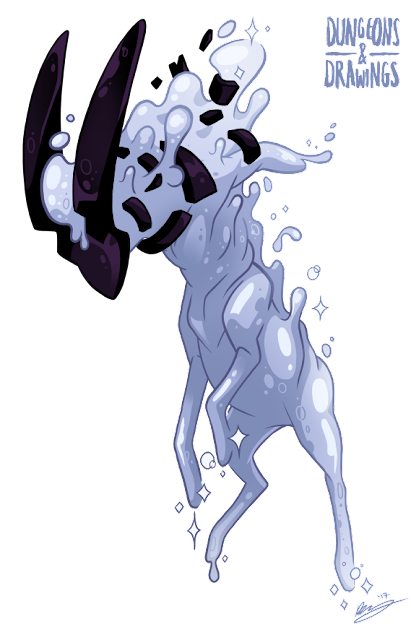 Psionics users (a.k.a. psychics) use a different type of power from traditional magic. Their powers are based on affecting their surroundings by exerting their mental powers to affect physical objects or other minds surrounding them. Generally, psionicists don't deal with the plethora of other planes that make up the universe. If they do, it'll be the Astral Plane, mind dimensions and dreams, and, on extremely rare instances, siphoning energy from the evil and good, and positive and negative planes.

Your tradional arcane and divine magic user is able to summon allies from other dimensions from other planes, pulling a physical creature out of their home plane onto the Material Plane. Psionicists can't do that.

But some psionicists achieve a close second. They can bring in ectoplasm from the astral plane and condense it to take on a solid, quasi-alive form for a few seconds or minutes. These are called astral constructs.

Some especially talented psionicists are able to make their astral constructs take on forms suited for specific tasks. The agile loper type of astral construct is made for speed and charges. The ectoplasm around the "head" is under great pressure, forming ultra-dense, very hard horns to knock down opponents so the construct can trample them underfoot.

This isn't a conscious choice, mind you. When I can't think of a creature I particularly feel like drawing, I use a system to randomly select one out of the monster manuals. I just happens that that same system sometimes gives me similar types several times in a row.

I really want to try out a game with psionics, but I've heard that they're notoriously unbalanced. Maybe if you run a game that only has psionics and no arcane / divine magic? I don't know.