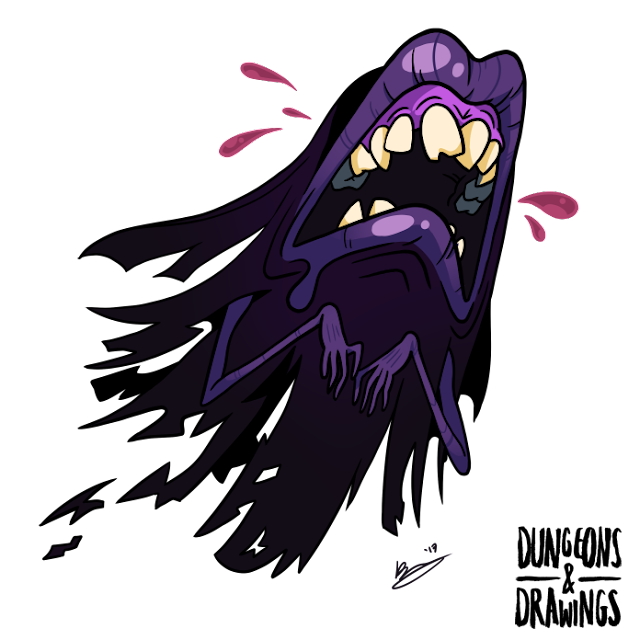 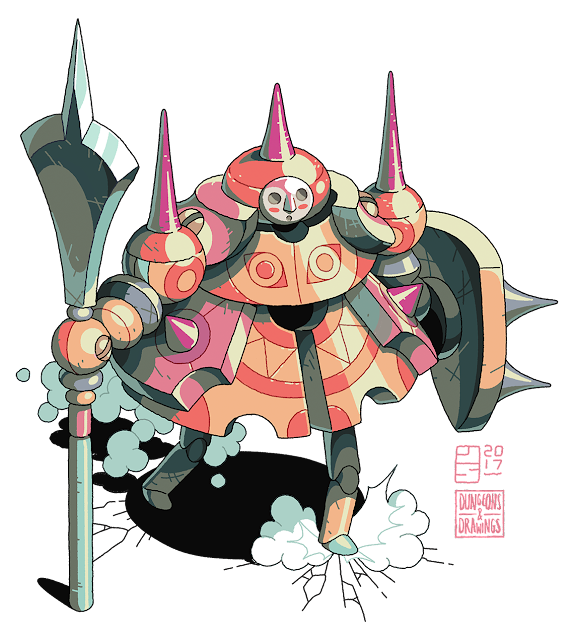 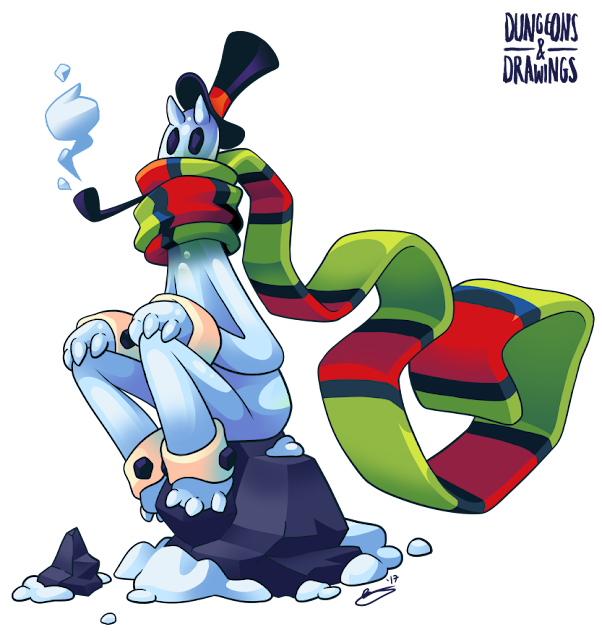 The ice golem! Terrifying frozen construct of the cold wastes, servant of sorcerers of frost! These towering guardians wander the snowy surroundings of their masters' domains and can swiftly glide across or climb any icy surface. The power to animate this creature is held in the runes that have been carved into its body. For offensive capabilities, the golem is capable of shooting great shards of ice from its body, tearing surrounding intruders to shreds. Yowza!

Of course the ice golem can also be created by the wishes of children. Not quite as powerful or big as something made by a wizard or druid, and prone to free will, but still pretty impressive.

A somewhat belated Christmas / New Year's image for the blog. But it's still winter and the twelve days of Christmas are barely over so... eh?