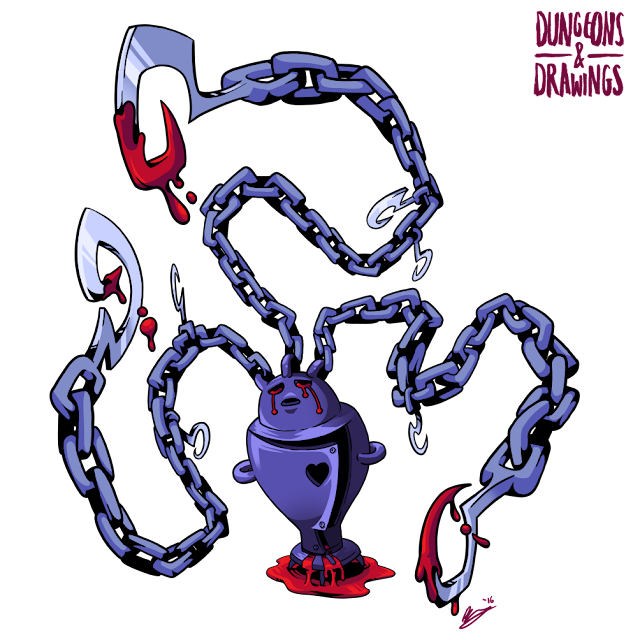 Chain golems are one of those golems found almost exclusively in Hell under the command of kytons -- devils which already have a morbid fascination with hooks and chains. If one is ever seen on the Martial Plane, it means that someone somewhere is about to have a very very bad day. The primary weapon of the chain golem is, of course, the chains, which come with all sorts of pointy things attached. When threatened, the chains whirl around it, creating an almost a protective wall where any incoming object or person will likely get sliced to pieces. Though neutral like all other golems, they are inherently servants of kytons and if its kyton master dies, it comes under the command of the nearest kyton or other kyton its previous master mentioned.

I should probably draw a kyton.