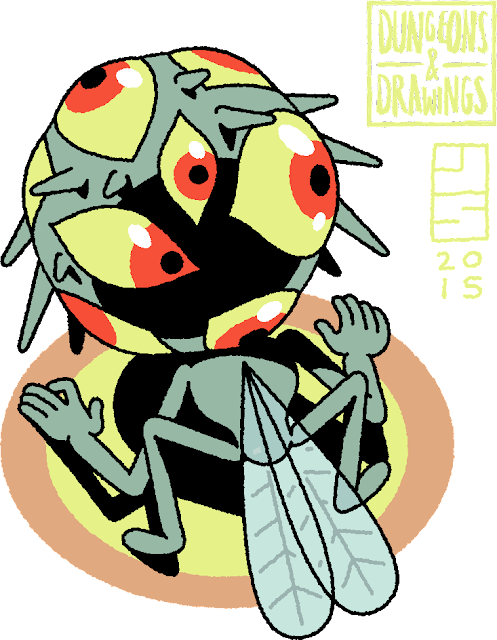 Homonculi are the messengers and spies of those who wish to remain unnoticed (or at least inconspicuous). Made by wizards either for their own purposes or else to be sold to others, the tiny artificial creatures can be made from any number of materials as required, and can vary wildly in their appearance depending on the task they have been built for. One thing, however, that unites construction of all homonculi is that they require a generous portion of the creator's blood.

"Homonculus" is a pretty broad term in pop culture, commonly used to mean a sort of golem or constructed servant but with plenty of flavourful variations. One particularly wacky take that comes to mind is in Full Metal Alchemist, where homonculi are near-immortal, super-powerful (but otherwise human-passing) created beings that fill out a good portion of the main cast. The D&D version is closer to the real-life history of the term (which is a pretty fascinating wikipedia read) and I think I prefer it.
Posted by Joe Sparrow at 11:30