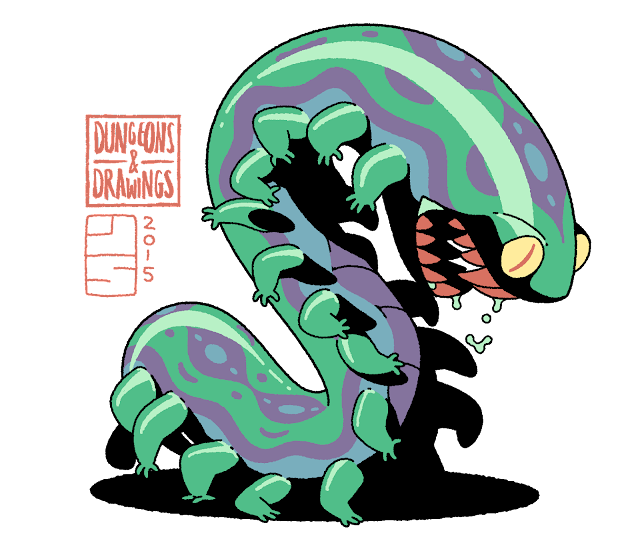 The Basilisk is a large, serpentine lizard most famous for its petrifying gaze, which it uses to hunt. Dwelling in warm deserts, it preys on small mammals, birds and reptiles, which it turns to stone before eating, digesting the petrified meat with a softening agent in its stomach. In addition to being an aid in hunting, turning its food to stone has the added benefit of staving off desert scavengers - basilisk lairs are commonly filled with what appear to be statues, in reality functioning as something larders, "preserving" the petrified meat for the basilisk to return to.

Despite their fearsome ability and carniverous nature, basilisks are sluggish and cautious, generally preferring smaller, easier quarry over humans. If an adventurer finds herself in a basilisk den, a reliable option is simply to run,  as despite its many legs, basilisks are actually quite slow on their feet and will usually give up after a short chase.
Posted by Joe Sparrow at 10:35