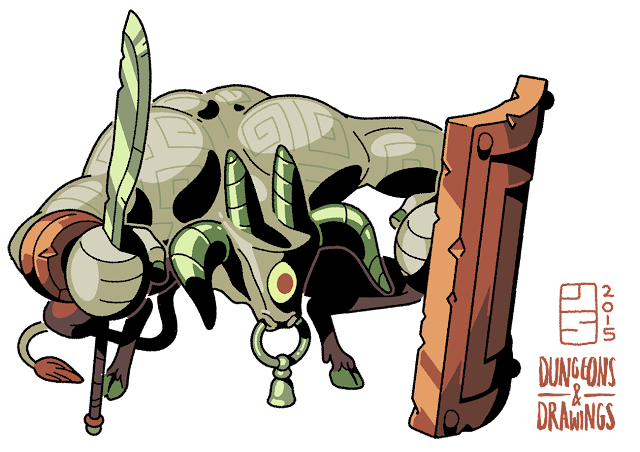 Minotaurs are brutish anthropobovine creatures who normally live in small tribal settlements on fertile grassland. They are nomadic and naturally violent, although they lack the technological advancement to be a real threat to any but those who wander foolishly into their territory.

Minotaurs are famously popular as guards, henchmen and general muscle for the discerning Evil Guy on a budget. They are easily found, easily dominated or merely impressed by magic, and serve as a cheap but impressive display of power capable of intimidating most people you are likely to want to intimidate. Look past the quick temper and weakness for brightly-coloured fabrics and you have yourself a reliable minion. 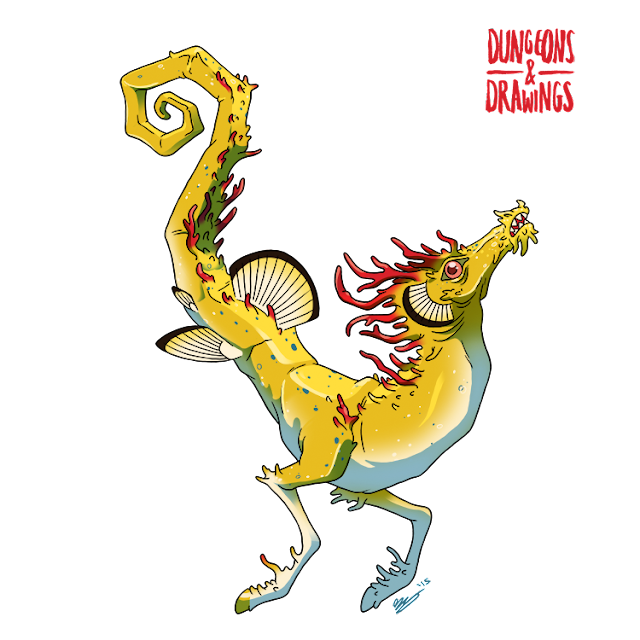 Hippocampi (or sea-horses) are among the favourite mounts and beasts of burden of underwater races. Aquatic gods are especially likely to have hippocampi drawing their chariots.

There's not much else to them, honestly. They're swimming horses, slightly smarter than the average horse. But you've got your fish-horse now.

Researching this was fairly interesting. Turns out hippocampi are generally associated with Poseidon, the Greek god of the sea. Maybe because Zeus was feeling especially jerky he decided to make Poseidon god of horses as well, and as the saying goes: you can bring a horse to water, but it will probably drown because it's a land animal. Well Poseidon gets around this because he's a god and if he's god of horses he'll just god them into being able to be underwater when it suits him.