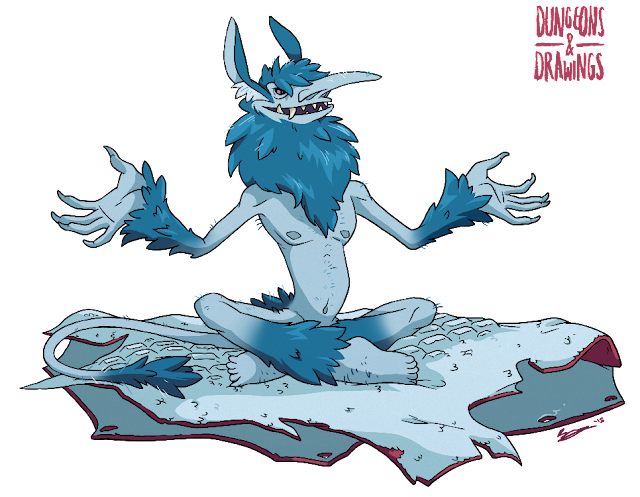 While still reasonably scary opponents, ice trolls are acutally the weakest of the trolls. And perhaps because they are the weakest of the trolls, they're also among the more naturally intelligent and inclined to manufacture weapons. Ice trolls are especially good at hunting down smaller white dragons and rhemorazes, tanning their hides and making armour. So while they're still a mean bunch, there's a chance that the dipomatically gifted could strike a trade agreement with them. It's always useful to have armour that's both protective against weapons and the freezing wrath of the environment.

Not that ice trolls lack the natural grossness and brutality of their more dim-witted bretheren. As well as using their claws and teeth, the ice trolls also spits. Sure it's half frozen saliva that can give you a mild case of the frostbite, but mostly it's just gross.
Posted by Blanca Martinez de Rituerto at 21:49