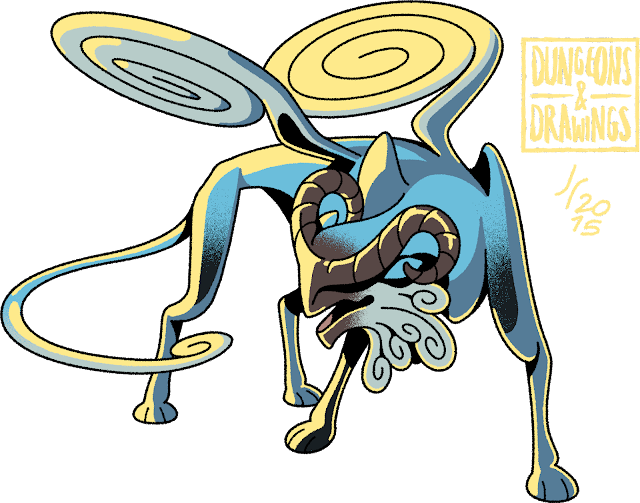 Criosphinxes are the ram-headed lesser cousins of the legendary Androsphinx and Gynosphinx. They share neither the magical abilities nor the inhuman intelligence that these beasts are known for, instead relying on brute force to get the job done. They exhibit an almost draconic attraction to treasure, and seek to hoard it wherever they can - including relieving adventurers of their valuables by force.

Had you heard of the Criosphinx?! I hadn't! According to Blanca's research, statues of these guys line the way to the temple at Karnak. I think the design here is loosely based on the Sanctuary Keeper boss from FFX, which I got stuck on as a child. This isn't a particular mark of difficulty, however, as I didn't quite get the concept of grinding in an RPG so I got stuck on literally every boss of FFX. Feh.
Posted by Joe Sparrow at 10:03