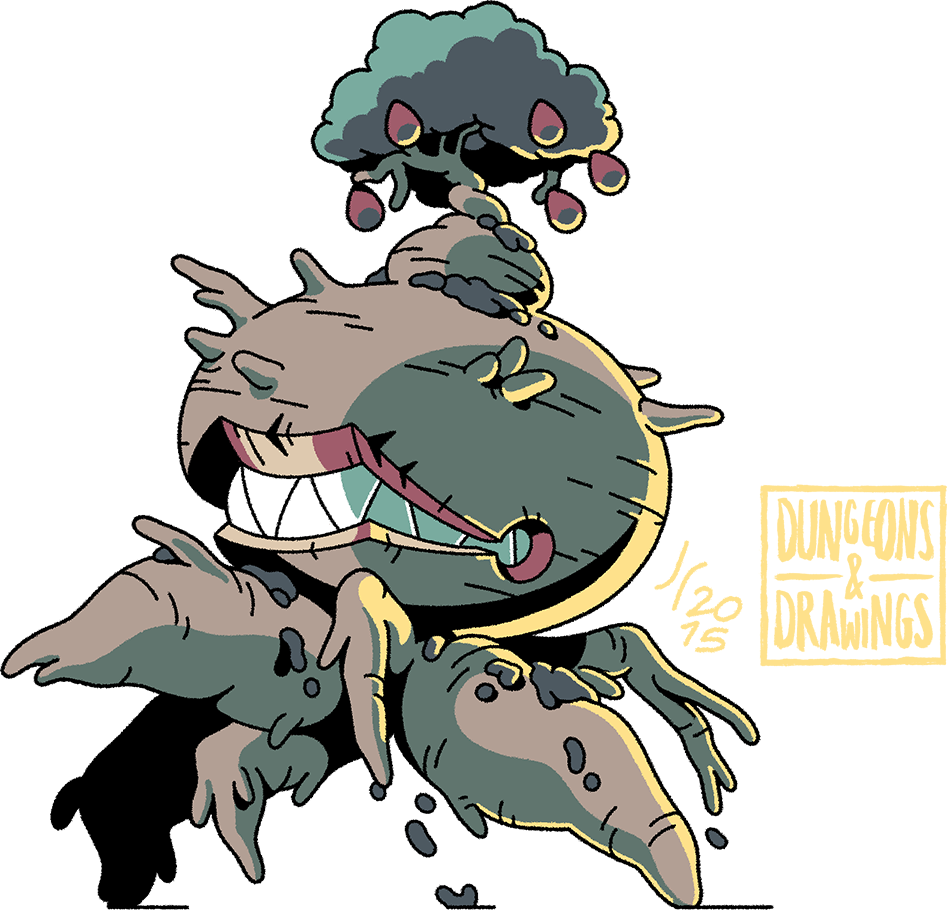 Treants are large plant-creatures that grow and shepherd plants and trees of the more mundane varieties. Tree-like themselves in appearance, they are often easily mistakable for the foliage they ward.

The treant combines the stoic toughness of ancient plant-life with the monstrous strength of large animals, resulting in a curious hybrid of tree and beast. Although typically slow and ponderous, if a treant's herd is threatened they are easily angered - and an angered treant is truly a sight to behold.

Treants are fun as a concept because of the fact that they mix traits from two of the most fundamentally differing lineages of life imaginable. It's fun to think about how the world would look if human, or even animal, intelligence had been achieved by some other branch of evolution.

Tree-men classically play off the idea that forests can be some pretty eerie places, especially given the odd shapes that you find trees contorting into (see Mandragora plants for some good examples). I based the swole body of this guy off the famous baobab trees of vaious places in Africa, although the body has all these little rooty growths coming off of it that are supposed to look like those little shoots potatoes grow. I also decided to go with making it overall less human-shaped and more like a big scuttling spider-thing. Blanca reckons it's a bit far from the traditional tolkienesque treant but I'm quite fond of it!
Posted by Joe Sparrow at 12:30