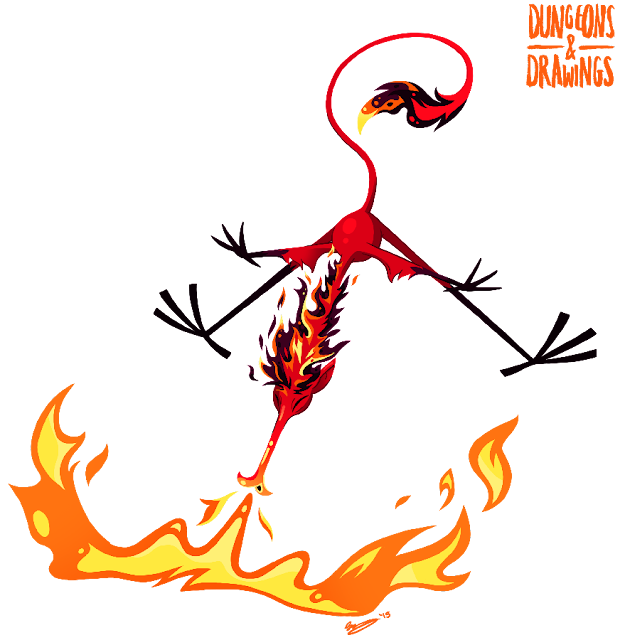 So while Fire Elementals are already a pretty dangerous and unpredictable bunch, as pure elementals, their attitude towards others is generally fairly neutral. Sure, they'll feel the compulsion to burn things, but it's not because they're especially mean or whatever.

Harginns are especially mean or whatever. They like burning living things. It's fun, you know.

Grues are elementals born out of sections of their Planes which have been touched by evil magic. Because of this, they're especially nasty, territorial, sadistic, though fortunately they're on the weaker side of the spectrum. However, grues are especially sought after by wizards because the combination of elemental and evil magic crystallizes as a small magical object in the core of each elemental, which remains even after the grue is slain. This object can then be studied to gain new spell knowledge.

So as far as I know, grues originate from Zork, a 70s text-based videogame. I played it once. It's quite difficult. Grues are creatures that lived in the darkness and it was inadvisable to wander out there. It is pitch black. You may be eaten by a grue. There was no physical description attached to the grue, since no one has ever survived an encounter. But I always pictured them looking like cranes (grue sounds like grúa which is Spanish for crane, both the bird and the machine), which isn't very scary. Somehow it made it more intimidating, the idea of this gangly beaky thing being able to devour you though.