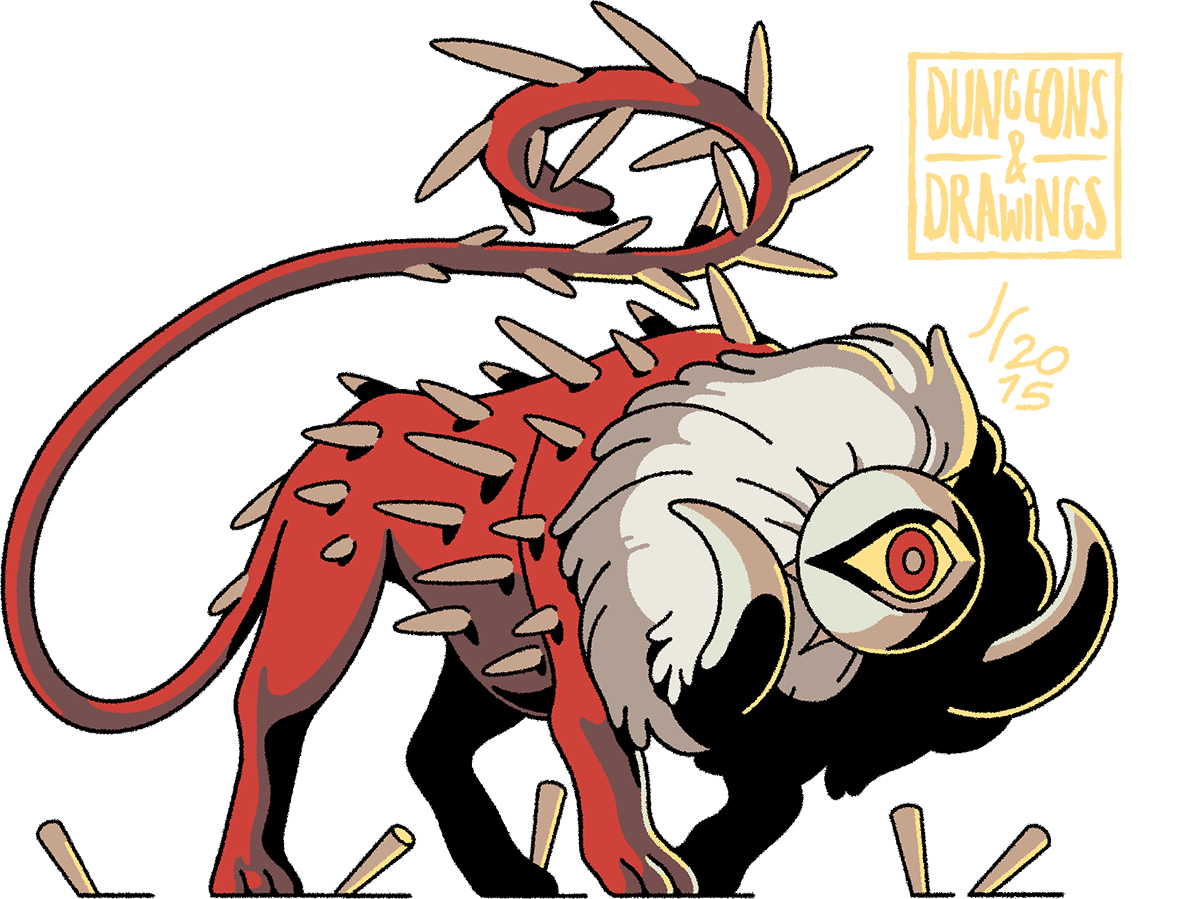 Manticores are large, roughly leonine beasts that can be found in the hotter lands of the material plane. Possessing intelligence near that of an average human, they are far more cunning and cruel than other carnivorous animals. sThey spend most days hunting for food, which they relish in both killing and eating with the aid of their claws, toothed maw and barbed tail.

Also capable of human speech, manticores are sometimes mistaken for the usually better-natured sphinxes (with their human-featured heads and cat-bodies) - an error which is swiftly regretted.

Another monster with its roots in classical mythology, the manticore was one of my favourites as a child. It's typically depicted with a scorpion's sting in its tail (a trope I chose to sidestep just for the sake of trying something different) and as a long-time fan of bugs and insects I always sorta liked that little concession to monstrousness in an otherwise pretty mundane animal.

I know the head I have it is pretty weird, but I quite like how videogamey it looks. In hindsight I think I was channeling the bull charger from Okami.
Posted by Joe Sparrow at 12:00