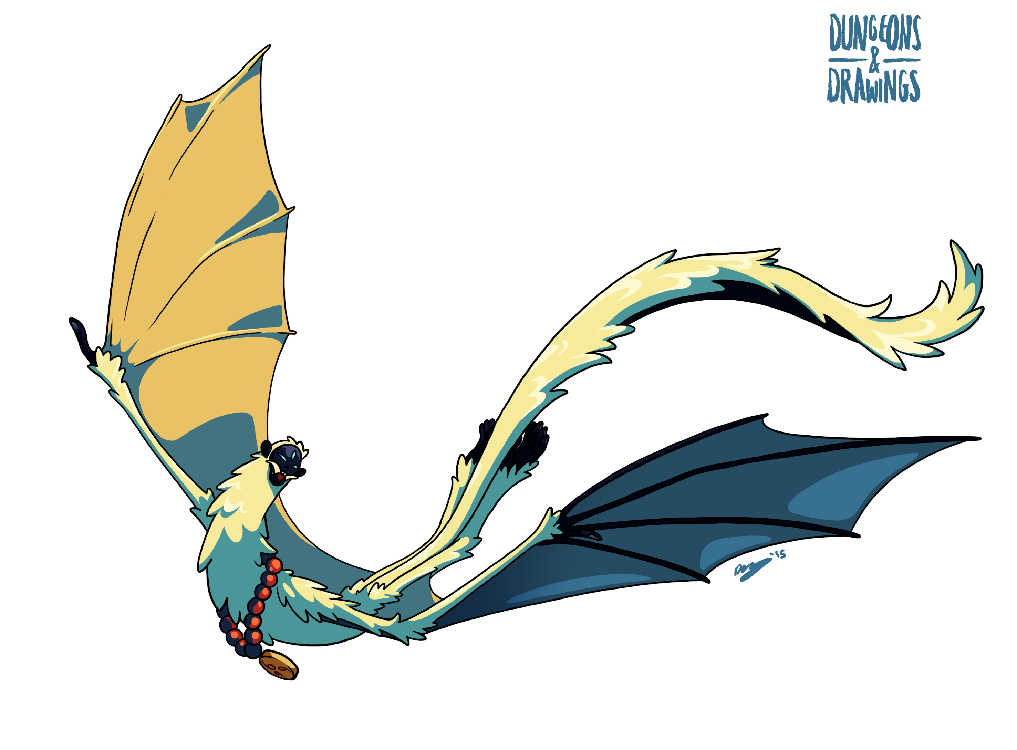 The Spirit of Air inhabit windy cliffs, barren mountain tops and stormy forests. Though their name would imply otherwise, the Spirits of Air aren't heavenly creature, but the earthly servants of the divinities who have power over the winds and tempests. The Spirits are aware of their position in this hierarchy and their simian influence means that they're not above trickery over lowly mortals. The Spirits are easily offended, which is a bad thing when they have the ability to turn themselves into whirlwinds. Just be humble when you spot them and maybe you'll be okay.

This is one of those creatures that I always skipped over when leafing through the books to find something to draw. Mostly because it's a stupid yellow monkey with stupid bat wings. But the dice demanded I draw this guy so I did.

And so it turns out Spirits of the Air are actually quite cool. Their spells leave something to be desired but they're suggestions rather than something written in stone. Their spell-like abilities are better (call lightging all day, erry day), and their ability to transform from weird bat-monkey into a tornardo is pretty dang cool.

Also these are Large creatures (10ft wingspan), which I didn't feel the illustration in the book communicated very well, especially when you think of winged monkey you think of those dudes from The Wizard of Oz. I think I did okay making this guy look bit, even if he's turned out a bit draconic. Also had a struggle a bit to not make him look like Momo from Avatar: The Last Airbender.
Posted by Blanca Martinez de Rituerto at 08:00 1 comments 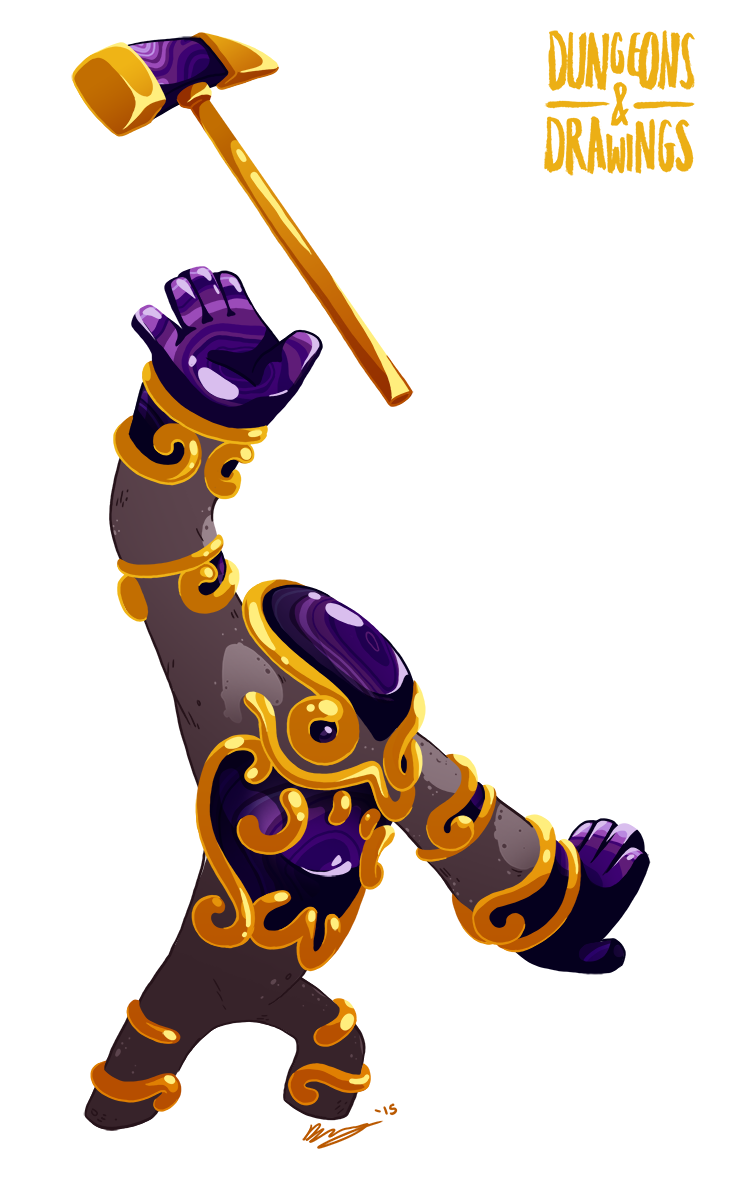 Have been finding it a little difficult lately to pick a creature from the books lately. The Ghosteater was selected by Joe, who got rid of all mentions of the name and the illustration. That makes us rely only on the description of the creature without being influenced by other artwork. But I can't make him do that every week, so this creature was randomly selected using the dice-roller at Rolz. Most other rollers are a bit limited, sticking to the more common dice types (d4, d6, d8, d10, d12, d100, so on), but Rolz lets you input d-whatever, which is plenty useful. First a d77 for a random books, then another d-whatever depending on how many creatures the book has.
Posted by Blanca Martinez de Rituerto at 08:00 0 comments 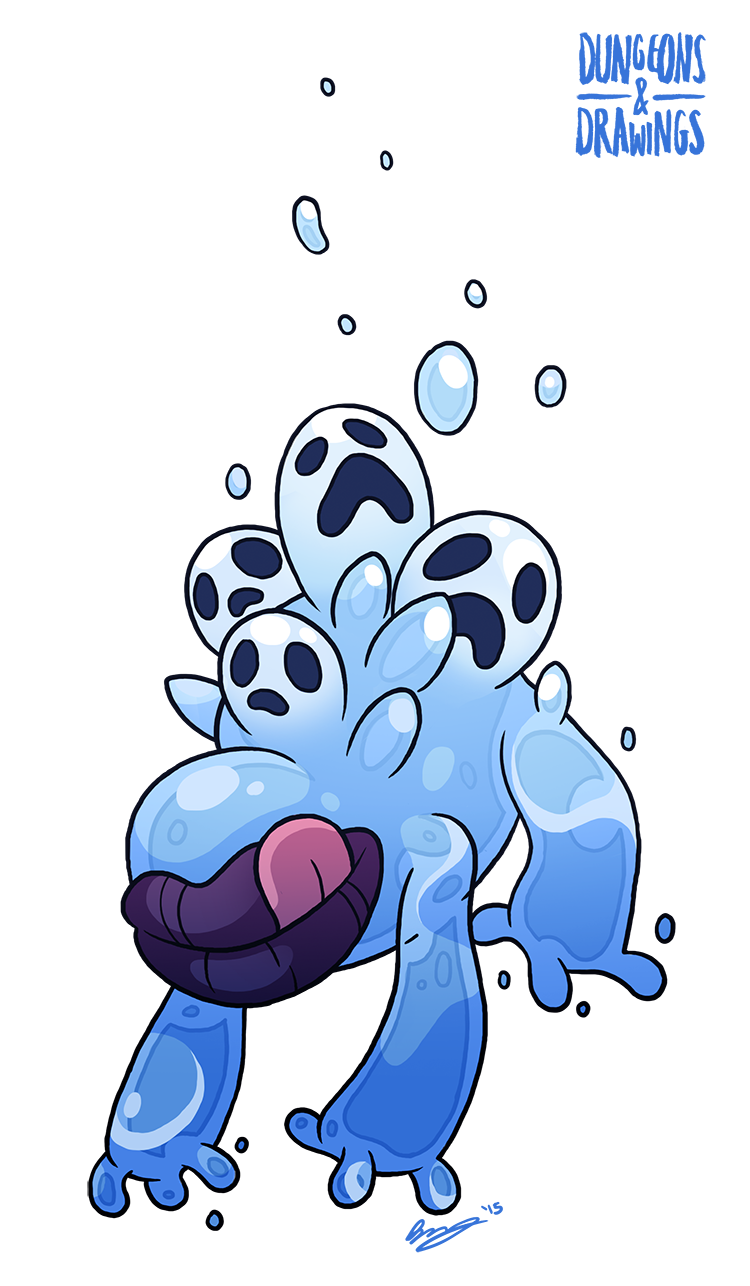 The Ghosteater is only ever aggressive to ghosts and ignores corporeal creatures. It has growths on its back, something like sacks or boils, that can exude tentacles to grab ghosts. This is very mentally draining for the ghost and when incapacitated, the ghost is aborbed into the growth, where it's digested. Maybe you can call this digestions a True Death, since when the soul is gone there's just no more existence.
Posted by Blanca Martinez de Rituerto at 08:00 0 comments 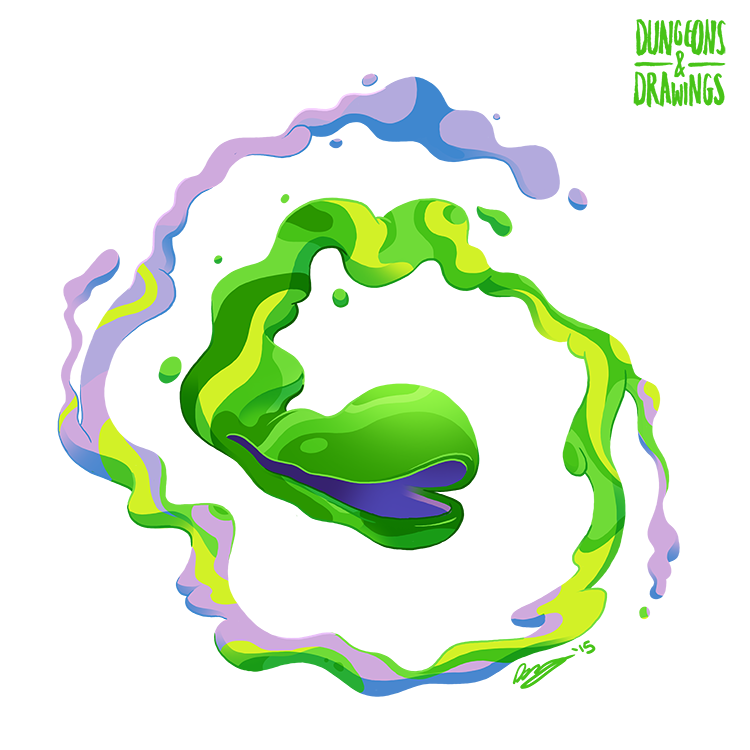 Not a true elemental, but what happens when one is killed and has its soul warped. The Phiuhl is a column of hot toxic vapours, often found the Bleak Eternity of Gehenna, the volcanic plane of evil and home of yugoloths.

Being a gaseous cloud, the Phiuhl is without true shape, though some who look into it claim to see faces of misery and sadism. The touch of this creature will leave burns, but this is among the weakest of its abilities. What's worse is to be trapped within the gas of the Phiuhl. As said before, it is extremly toxic, so the Phiuhl merely needs to casually hover around its victim for it to die within minutes.

I know that this creature's probably supposed to be some sort of physical embodiment of volcanic gases, but its description of being green and purple throws me off. Combine that with it gives off poisonous heat, I can only come up with one conclusion.

The Phiuhl is the radiation elemental.
Posted by Blanca Martinez de Rituerto at 08:00 0 comments