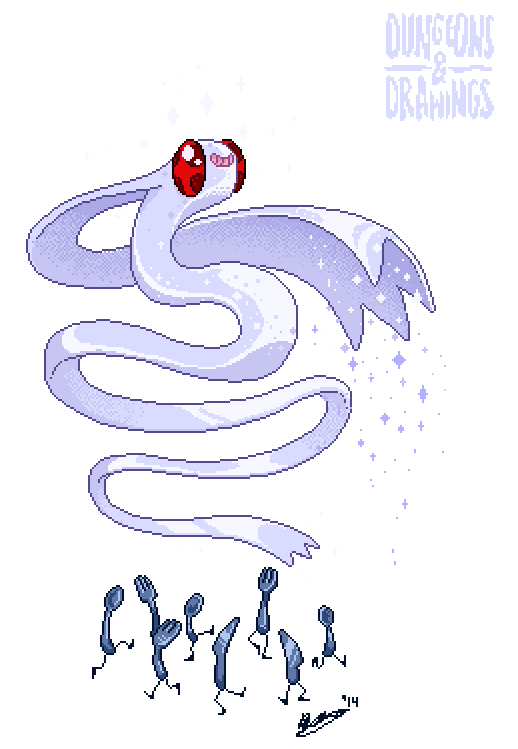 The Ravid is one of those jolly extradimensional creatures that are fairly harmless on their own plane but a good deal more chaotic when they cross over into ours. This particular creature comes from the Positive Energy plane, which you think would be good seeing as how positive energy is the kind of healing, undead-slaying magic you generally want on your side. Well too much positive energy is a negative thing it seems. Think of positive energy as air in a balloon; enough of it and you eventually go pop.

This creature was a tricky one to redesign. The whole pale glowing serpent thing was easy to do, but for some goofy reason it's described of having a claw that comes out from near its head. LOOK AT HOW GOOFY IT LOOKS. But while I guess giving it a long flowing tendril hair doodad with a hand-looking thing at the end looks less goofy, in a way it isn't as immediately memorable at the original Ravid's grumpy face and dorky little arm.
Posted by Blanca Martinez de Rituerto at 08:00