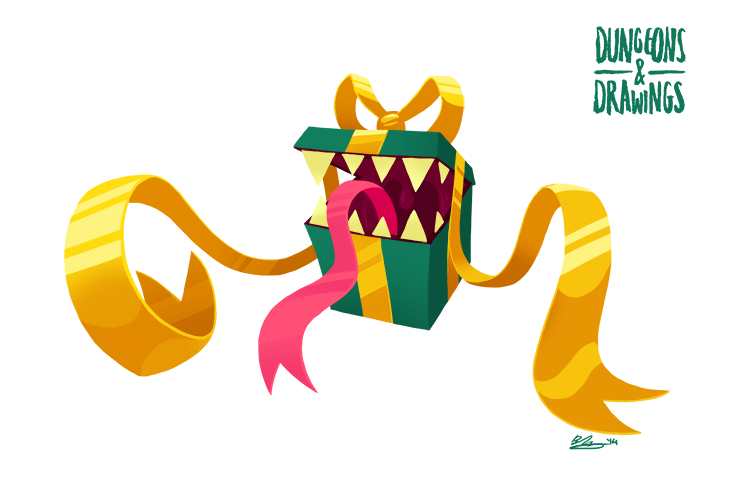 It takes on whatever shape is most appealing.

The origin of the mimic isn't completely certain, but the most popular theory is that a wizard did it. And with their track record, it's not exactly a slight chance that it could be true. At any rate, mimics currently roam free in the dungeons, tricking adventurers with their appealing shapes.

If the mimic has an original shape, it hasn't been recorded. Perhaps they can only have the shape of a pre-existing thing. The mimic is a shapeshifter specializing in inanimate objects, and best known for looking like especially nice treasure chests that go on to sprout sticky limbs. But a mimic will gladly take on the shape of a larger object such as a door, part of a wall, and so on. Some of these monsters are massive enough to pose as houses. Watch out for huts that smell of saliva, is all I'm saying.

The mimic or treasure-chest monster is pretty iconic across tabletop games and video games. I think the first game I ever encountered this sort of monster in was in Dragon Quest III on my Gameboy Color. It was a fun game.

Hope you peeps are having some nice Winter holidays.
Posted by Blanca Martinez de Rituerto at 16:01