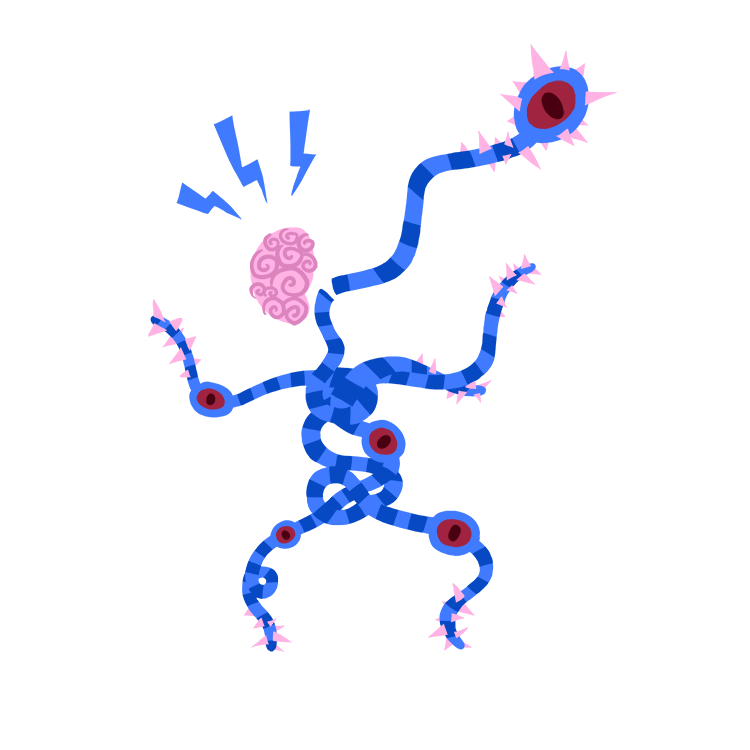 The Tsochar is a colonial organism. The tangled-looking body is actually formed of several "strands", each possessing its own functional respitatory, digestive and nervous system. When fused, the creature behaves as a single individual, but strands can be surgically and continue living without the rest, albeit in a weak, animalistic state. An ordinary Tsochar will contain about a dozen strands, while elders are made up of hundreds.

Tsochar are also parasitic organisms, preferring to prey on intelligent beings. The Tsochar works it way inside the body of its host (preferably through a wound) and wedges itself in the spaces between the internal organs. The Tsochar can choose to simply inhabit the body --telepathically coercing the host with threats of pain if necessary-- or completely take over the host's nervous system, killing the mind while keeping the body alive. Obviously, the second option is used most, as few are willing to host a creature that (regardless of alligiance) will eat them from the inside out.

The Tsochar is similar to the Morgh, another wormy creature that is able to puppet bodies. However the Morgh is an undead creature controlling its own withered corpse, while the Tsochar is completely a parasite, highly intelligent, and relies on its host to be living.

I really like parasite monsters, regardless of game or media. Not sure how to explain that particular fancy, but it's always something I've found interesting. There's just something kinda cool / horrifying about another organism invading your body for its own survival.

Next time lets try an image that doesn't have blue and pink in it.
Posted by Blanca Martinez de Rituerto at 08:00