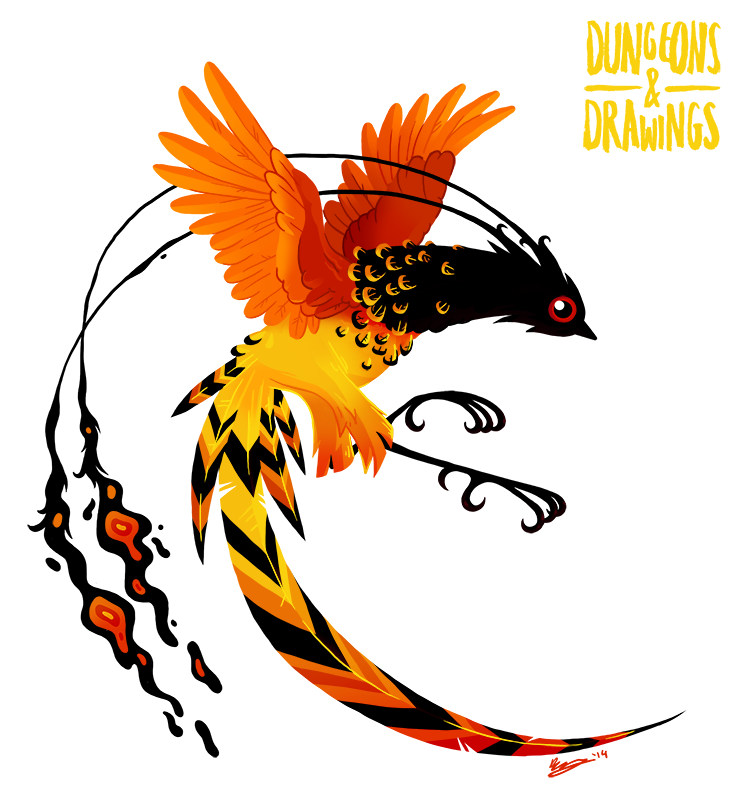 Honestly, the Phoenix's immolation supernatural ability seems a bit OP to me. Basically, as a full round action it can kill itself, dealing massive damage within a certain area, reapparing at the end of the round with full hit points. You can probably count its spell-like abilities as refreshed too, since this phoenix technically counts as a "new" bird. I suppose its AC is on the low side compared to other epic-level creatures, so it won't be to hard to whittle it back down again. Just enjoy taking 40d6 fire damage every few rounds as it regenerates itself.
Posted by Blanca Martinez de Rituerto at 08:00