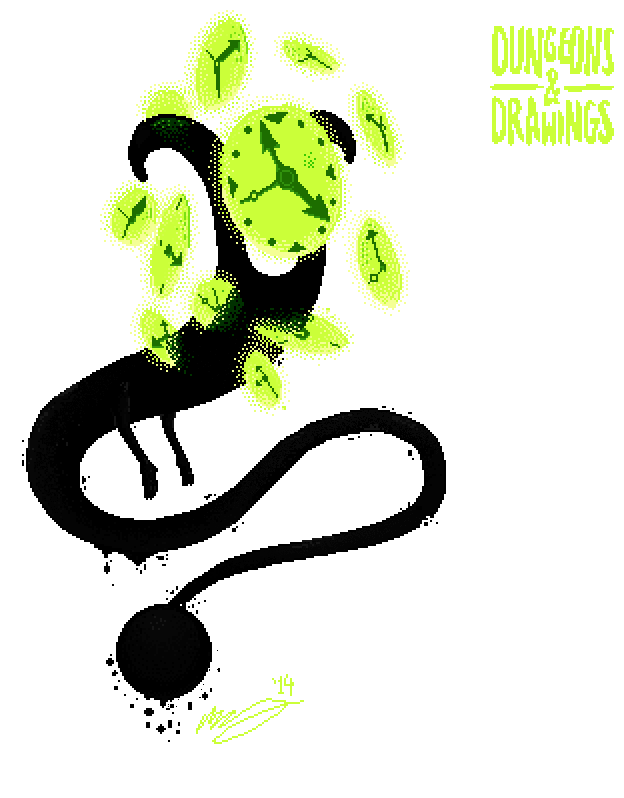 Abominations have been covered before here. They're unholy unions between deities and something else, whatever that may be, and however it may be done. The higher divine creatures, being in that strange state of physical being, it may not be a birth or hatching as feeble mortals understand it. Regardless, this merging of god-stuff happens, and Abominations are formed, being which should not be, are aware of this, and destroy everything around them through their mere presence. Even stillbirths can regain horrible unlife. When divinities become aware of an Abomination, they attempt to destroy it or seal it away. It doesn't always work.

Most Abomination's destruction is limited to the present time. Not so much with the Phane, the union between the other thing and a god of time and fate. As such, their destruction can potentially extend through time (only backwards, though), requiring the use of Quaruts to take them down. The Phane is an incorporeal creature of dusty shadow with glowing green eyes. The air around it seems unnaturally still, and that's because it is; the Phane emits an aura of temporal stasis around them. The good news: you do not naturally age or suffer damage while in this stasis. The bad news: this doesn't apply to the Phane's abilities. Being in control of the stasis field, the Phane can choose to accelerator it for you, and feeds as you age.

Among it's temporal abilities include the manipulation its opponent's temporal presence. It can reach to some alternate time stream, and retrieve a past version of the person it's looking for. You will fight yourself, only a yourself that's completely under the dominion of the Phane.
Posted by Blanca Martinez de Rituerto at 08:00