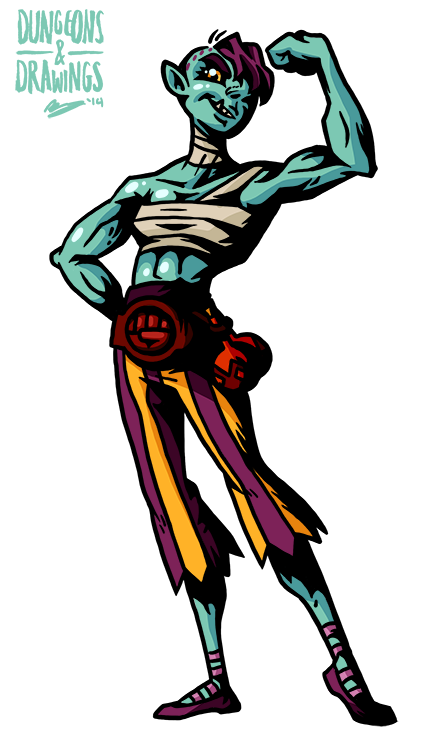 So my submission for the tournament will be Tortella, acrobat-on-sabbatical, a half-orc discovering what it means to be an orc by beating up things and taking their teeth. She actually uses the flowing monk archetype, because I felt that fit the character the best for what I wanted her to be. The whole monks must be lawful thing feels a bit more like a guideline to me anyway.
Posted by Blanca Martinez de Rituerto at 09:53