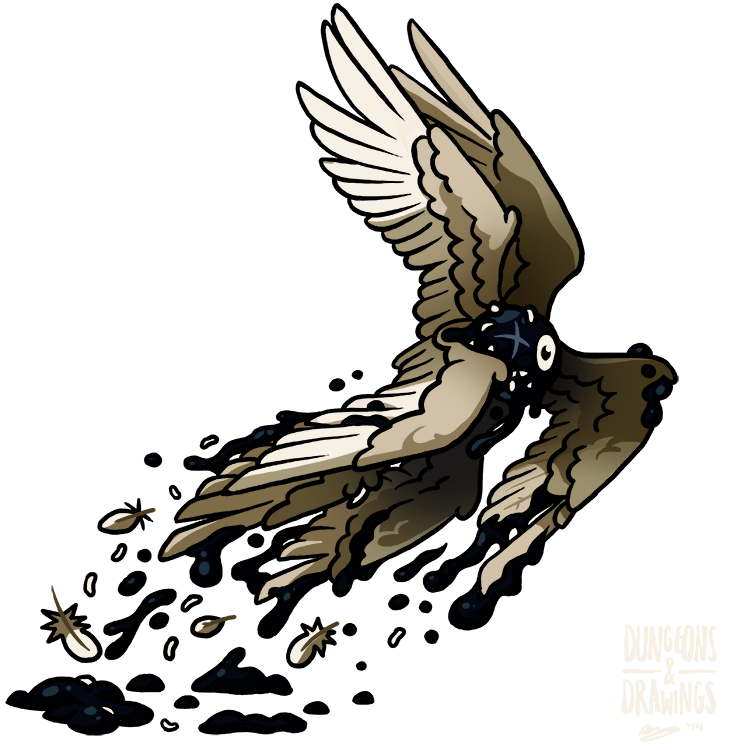 Sorry about the delay in updating. We've been quite busy and drained lately. But thanks to all of you who visit the site and to those who have purchased our book.

The Angel of Decay is a much more interesting creature that the original illustration led me to believe. In that image, the flesh of the angel seems to be dry and torn away from its bones in ragged strips. An while that's a valid way to potray an undead creature, it doesn't seem quite adequate for something symbolizing the decomposition of flesh. I ended up doing a fair bit of research on the spoilage of carcasses which is, needless to say, fascinating but gross. There are various stages to decomposition. First there's bloating as gases build up and various frothing liquids are expelled. Then the soft exposed tissues (eyes, mouth, wounds...) are consumed by insects -- a few videos I've watched had the heads of the experimental pig carcass dissolve into nothingness before there was much of a mark on the rest of the body. Then the body goops up until all the moisture leaves the body, and sometimes the stuff left after evaporation leaves a dark strain behind. Finally you have remaining dry tissue and bone. Decomposition changes according to the environment (see mummification).

So I decided to make the angel really goopy. The physical body of angel is in that state of decay where all the flesh is runny and blackened and being consumed by maggots. The angel's path is strewn with its own cast off rotting meat.

I also took inspiration from Biblical sources. I originally was looking as Pestilence of the Four Horsemen, but in the end I wanted to emphasize the angelic shape of the creature more. At the same time, I still wanted it to look alien and wrong. In the end I decided to make it look like a rotting seraphim. Seraphim were depicted as having six wings hiding the rest of the angel's body from view, save sometimes for a glimpse of the face, and covered in divine flame.
Posted by Blanca Martinez de Rituerto at 19:17