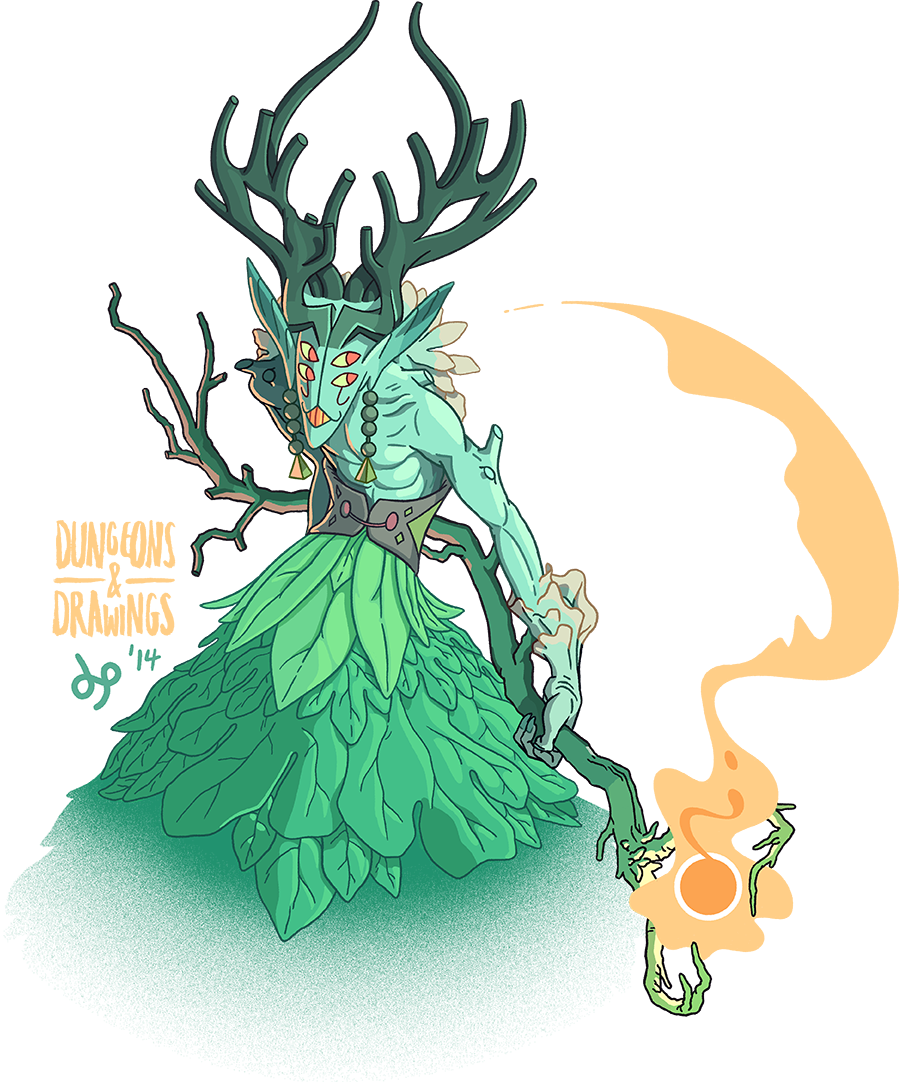 Verdant Princes are wily fey creatures who use guileful magic to manipulate themselves into positions of power. Uniquely, however, a Verdant Prince is endowed with the ability to swear a magical oath or geas (which it will typically engineer in its own favour) which compels a certain bargain to be kept. Both parties are affected by the spell equally - if the oath is broken, or someone fails to keep the agreement, the offending party suffers a hideous curse, wasting both body and mind, only ending when the target dies. Verdant Princes appear to use this ability generously, even wantonly, but they are nearly always acting out of self-interest, and remember that whenever one offers you something that seems too good to be true, it probably is.

I'm pretty fond of Faustian pacts in fiction and Verdant Princes provide a great example of this within the D&D system. The person to break the deal sustains a horrifying -6 penalty to all ability scores until the oath is somehow restored, and their "partner" is magically made constantly aware of the oathbreaker's whereabouts for the duration (you're looking at a Wish or Miracle to circumvent this, it's strong stuff). The lure is always there for a wily PC to engage the Prince in a Death Note-style battle of wits and bluffing, and if you come out on top you know you've got a pretty powerful fairy spirit under your thumb. But expect treachery from both creature and DM, as these things tend to end badly for the greedy. Oh well! You know what they say: "Lente, lente, curritae noctis equi!" Aheh... huh.

Check out the full-size image and this detail version, I think it looks way better than the smaller thumbnail. The shape of the horns where they meet the head reminds me of Midna, and I think I ripped this guy off subconsciously from a Dota2 character. Whoops! gg vevlo 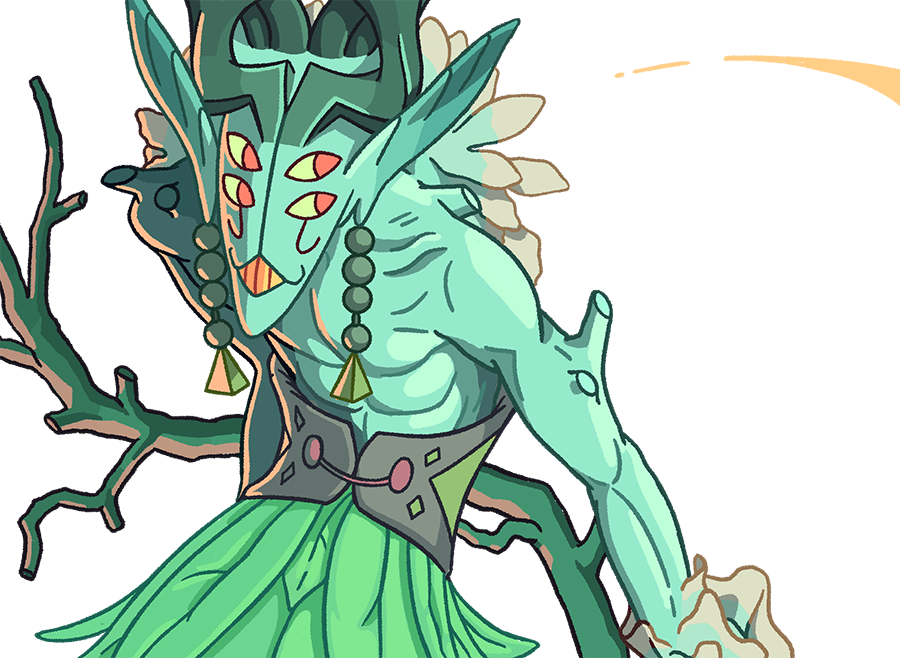