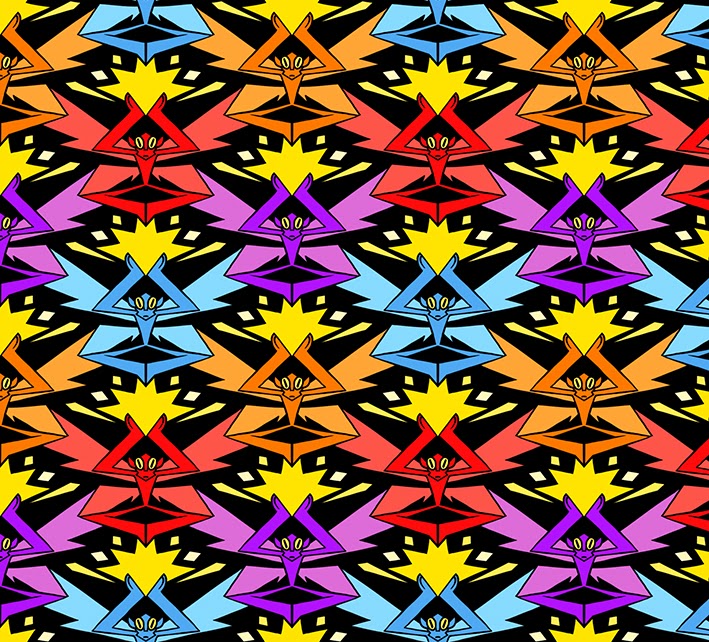 At first, the shimmerling swarm seems to be a cloud of pulsating rainbow light that can just about be seen between the trees. The light is strangely alluring. Hypnotic even. And it's not until you find yourself envelopped by that bright blinding light that you feel the sickening hum of vibrating insects wings and the splintery pain of tiny teeth and fingers biting any inch of exposed flesh they can find.

Fortunately, the shimmerlings primarily subsist on pollen. Which is yet another reason to leave the forest alone.

Here is my New Years-themed image, though perhaps you could say its more a wintery, Christmasy kind of image. Inspired by the fireworks, fairy lights (eh? eh?) and wrapping paper. I tried by hand at a tessellating pattern, a la Escher. Needless to say, it's not quite as seamless at the Escher ones, but it'll do.

When I think of the shimmerling swarms, the image that mostly comes to mind is the fairies from Disney's Fantasia, the ones that perform a part of the Nutcracker suite while putting dew on flowers, turning leaves orange and freezing water. Albeit the shimmerlings as statted are probably little more than fairy-shaped bees.