Fitz-Auk and Morse the raven 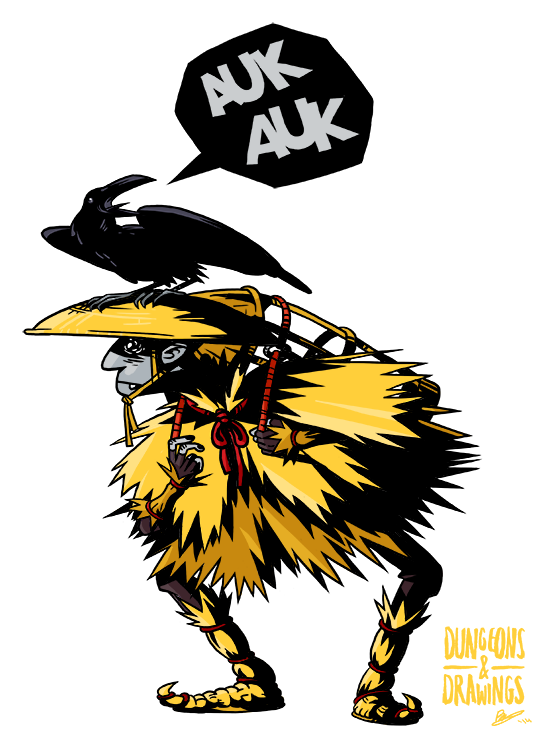 Sometimes mistaken for an orc, hobgoblin or especially unfortunate half-elf, Fitz-Auk is actually a full-blooded human, but quite ugly.

This is my latest character for the next campaign I'm playing, this one being DM'd by Joe, the other contributor to the site. Unlike Spackle and Jammy, Fitz-Auk will be playing a more active role in combat, rather than just hovering in the background shouting encouragement or giving people special enlargement chocolate chip cookies. Not that he won't have his own out-of-combat role. I chose some rules that mean that, despite being a ranger,  Fitz-Auk will be able to take on the rogue role of finding and disarming traps we'll be coming across.

Also doing some fiddling with class options, I got myself a raven that's smarter than the average raven. Used my 4th HD ability point to give her 3 Intelligence. Officially sentient raven. Put a skill point in Linguistics because I don't care if she's got like -3 on her Linguistics check. That's just how I roll, babe.

Hoping that I'll be playing the raven a little like Alex the African Grey parrot, though he was probably 5 Int.
Posted by Blanca Martinez de Rituerto at 12:50