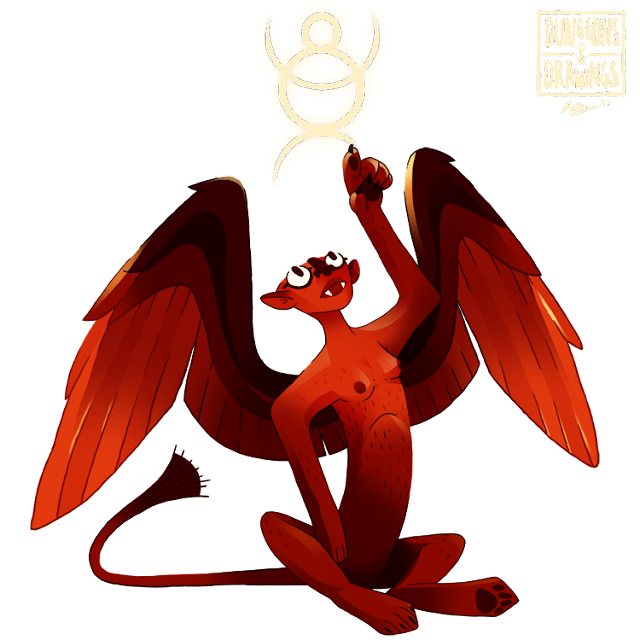 I was originally gonna do this Sphinx in blue as a reference to one of the prettiest sphinxes I've seen, the Sphinx Ambassador for the Magic card. But I couldn't make the blue work and a lot of stuff I've done is blue and I guess it probably would've been more a rip off than a reference. So red it is.
Posted by Blanca Martinez de Rituerto at 08:00