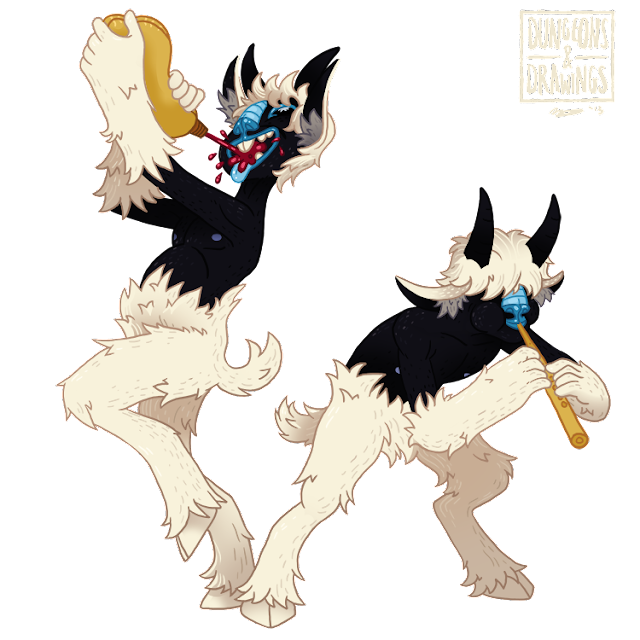 Dungeons and Drawings has been up and about as a blog for three years now. And while the blog has 200+ pics of them and we try quite hard to make all of 'em good, the truth is that there's quite a few that we feel we could've done a better job on. But since we like to do a different image every week, that stops us from just doing the same monster over and over until we're satisfied with it.

That's what anniversaries are for.

So for the next four weeks we're gonna be looking at the images we've been unhappy with and redo them.

My first choice for Redux Month is the Satyr, the goat-legged creature of Greek mythology. While I'm not as unhappy with that image as I am with others, it's one I felt I could definitely do better. The old version seemed a little too rough to me (I was using nib pens and real art materials aren't something I'm especially good with) and the colours didn't seem as well thought out, resulting in, I felt, an overall quite dull image.

The newer Satyr is inspired by the Valais Blackneck, a really awesome breed of goat, half black, half white. The kids are especially cute. They look like they're wearing clothes!