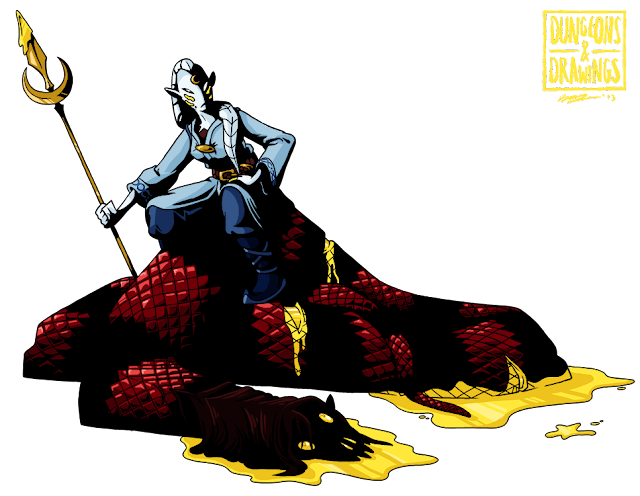 Lunar Ravagers are out and about on days where the moon is bright and visible in the sky. They come down riding on moonbeams, nine feet tall and pale, wielding crescent-shaped weapons. They come down in groups and track the first worthy creature they come across, which could be anything from a wolf, a giant hellbeast or just an unfortunate drunk that got lost on his way home. Nature aids them in their grim hunt, leaving no trace more than the blood of their prey. They take their hunting trophies back with them to their hunting lodge on the moon. To return with no quarry would be shameful.

Lunar Ravagers are one of several D&D monsters based off the folkloric-slash-mythological stories of the Wild Hunt. The basic gist of it is that at certain times fairies or devils come out to be jerks and hunt-slash-kill any innocent people they come across. These certain times can be quite variable from story to story. Sometimes they're only out on certain days of the year, sometimes it has to do which the phases of the moon, and sometimes it's just a case of just don't go out at night. The Wild Hunt thing appears in the folklore of many regions of Europe, but I'm sure other areas have stories that follow a similar path.

I've based the design of the Ravager on a couple of things. The costume is based on old Hun warrior outfits. There's something quite reserved and convienient about their clothing, but still looks cool. Also they look kinda cozy and warm, and I imagine it gets pretty chilly on the moon. Then the noseless face, receded hairline and dark eyes are there to make it look alien (specifically, like a Grey). The last thing is the general subject of the image, inspired by photographs of hunters posing proudly on their felled prey.
Posted by Blanca Martinez de Rituerto at 08:00