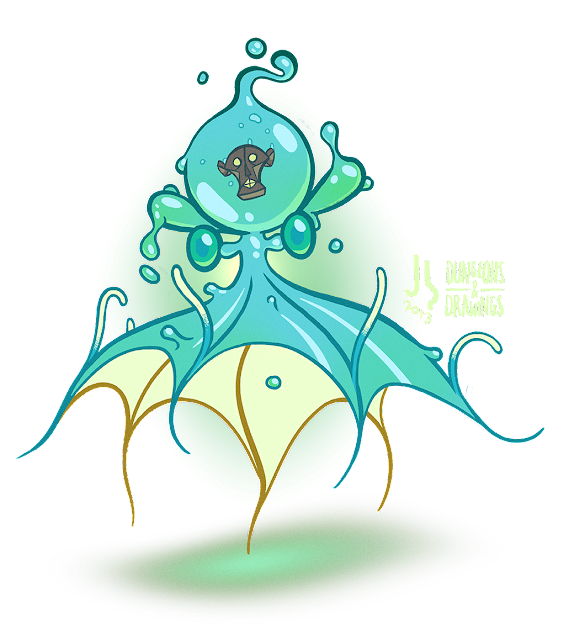 Even moreso than other elementals, the Water Elemental's effectiveness is greatly enhanced by proximity to bodies of water. Whilst a Water Elemental can move its body about across the ground it takes a penalty on its attacks - yet, when it moves through water or even across large puddles, its command over the substance allows it to attack much more effectively. Especially for a non-aquatic race such as humans, encountering an elemental underwater is a near death sentence - roughly equivalent to trying to fight an incredibly quick and strong ooze from the inside. Prepare to be exploded.

More elementals! Me and Blanca thought it would be fun to just do all four of the classic types this week. Again the design is less abstract than is usual - I wanted to focus on the idea that if you're a sentient body of water you're essentially a shapeshifter, so you'd probably be taking forms of various creatures as you move about. The little head/core thing is part Morpha (from Ocarina of Time again, the water temple boss) and part the river spirit from Spirited Away. The body is modeled off various deep-sea creatures, most notably the fantastic Vampire Squid.