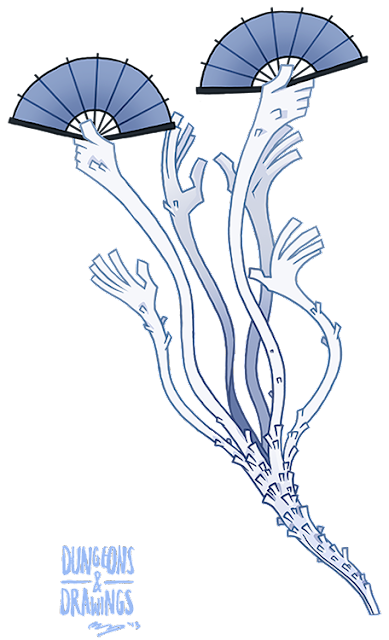 Air Elementals are the fastest of the elementals, faster than their more fiery counterparts, along with not being bound by gravity. While they're the physically weakest of the bunch, they can turn themselves into whirlwinds able to check or fling away smaller creatures. Not so good when you're standing next to, say, a spike-filled pit.

Like Joe said, we're trying to do something a little bit more interesting with our elementals other than 'creature made out of X element' (not that I'm not guilty of that). So I thought of something that was more representatives of currents of air, something that looks like its voice would be high-pitched and whose touch would be cutting. So here's a papery-feathery squid thing. I also really dig the ideas of spirits or deities being visualized with an object that symbolizes them.
Posted by Blanca Martinez de Rituerto at 18:06