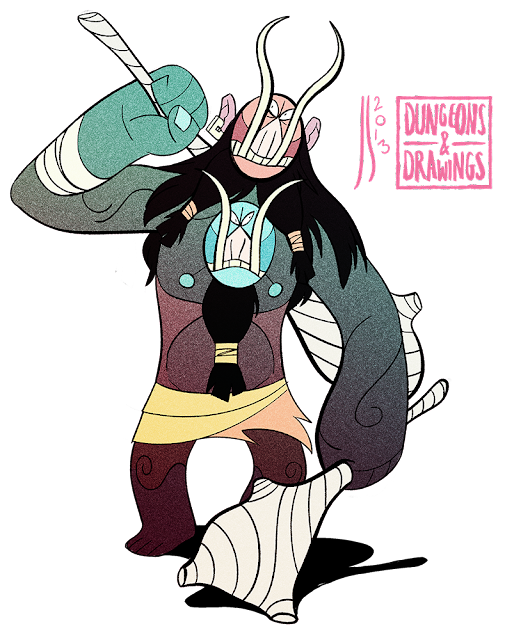 Ettin are a famously idiotic subspecies of giant, best recognised by the twin traits of being both two-headed and vastly unhygienic. The extra head apparently does nothing for their overall smarts but does allow them to much better co-ordinate two-weapon fighting, as each head governs control of one arm.

The language typically spoken by Ettin is a crude pidgin of Orc, Goblin and Giant, and actually requires a linguistics skill check (DC 15) for speakers of these languages to even understand them, which I find sort of sweet. There's a sort of sterotype for lumbering two-headed giants (things like Warcraft and Dota come to mind) so I really wanted to use a different body shape - Blanca suggested arranging the two heads vertically rather than horizontally, which seemed a pretty cool idea. Otherwise I was looking at the ever-awesome Wind Waker concept designs for inspiration on this one (I guess because the pig-like description of the Ettin reminds me of a Moblin).