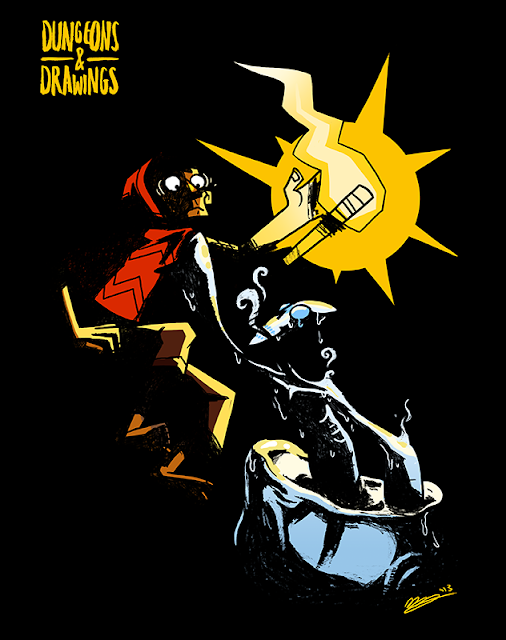 The Cursed Cold Ones may once have been humans. Once. Now they're translucent humanoid creatures entirely dependant on heat. Any temperature below searing hot causes them to freeze into a block of ice and enter an agonizing state of hibernation.

To counter this, they live primarily in hot deserts, where they're guaranteed long days of extreme heat and sunlight. But desert nights are notoriously cold and the Cursed Cold Ones must find a heat source of risk becoming blocks of ice for the next few hours. Because their bodies are natural heat sinks, their touch is much like the attack of an Ice Serpent, freezing their victims as they drain them of their heat. Even their gaze can cause an enemy to reel with sensations of deep cold.

Tried to get some sketchy shading with this image. Sometimes I really like the scratchy dark shadows I do in my sketchbook.
Posted by Blanca Martinez de Rituerto at 21:00