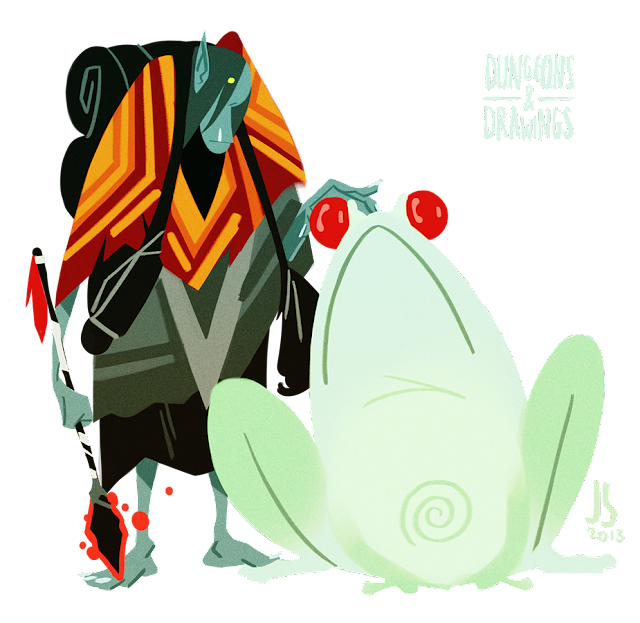 Slok is a PC I created for a comedic-themed campaign some friends of ours are running and is a masterpiece of planning because, despite being a bit of a joke, he covertly manages to be a) sort of a cool idea (for me, anyway) as well as b) possibly overpowered (pending on my reading up on a couple of rules).

He's the first druid I've ever rolled - for some reason I've never been much attracted to the class - and also my first half-orc. Druids are popularly considered overpowered through sheer versatility - their Wild Shape class ability allows them to transform into a host of different creatures which can be useful in many situations.

Slok's gimmick is that I'm using the Pack Lord archetype (actually for the Pathfinder series of games, which we've taken to playing lately) with him, which means rather than just choosing one animal companion (as is the druid's usual allocation) Slok gets to instead have a selection of lower-levelled animal companions (divided up between his druid levels, so at level 4 he can have 4 lvl 1 companions, 2 lvl 2 companions etc). I've accordingly given him four giant frogs as companions (he also has to forgo a domain). Archetypes are fun! You should check out pathfinder if you don't already know it.

The art was fun. Wanted to get it done quicker so went for a more flat, graphic style.
Posted by Joe Sparrow at 23:35