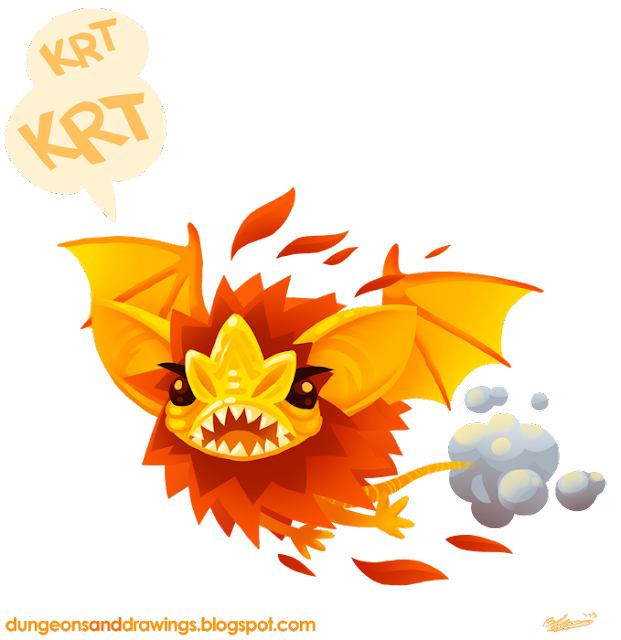 The only thing worse that getting a bat stuck in your hair is when said bat is on fire. If you're familiar with the Zelda series, you know how annoying a fire bat can get.

Like the Salamander, Rast and Efreet, the Fire Bat is a creature native to the Elemental Plane of Fire. They normally appear as winged bitey fireballs and reveal their more bat-like nature when their fire is extinguished (normally on death). At first you might think that the Fire Bat is your pretty standard fire-based creature. If it touches you, it burns, capable of setting things on fire, etc... But it also has a pretty interesting ability.

These fellas are voracious flesh eaters. Their strategy is to bite someone, keep their teeth in until they've eaten their fill and then fly away. However, where a fire bat gets full, it has a change to split into two fire bats. Both of which are hungry.

Just carry a bucket of water with you. They don't like water.
Posted by Blanca Martinez de Rituerto at 07:00