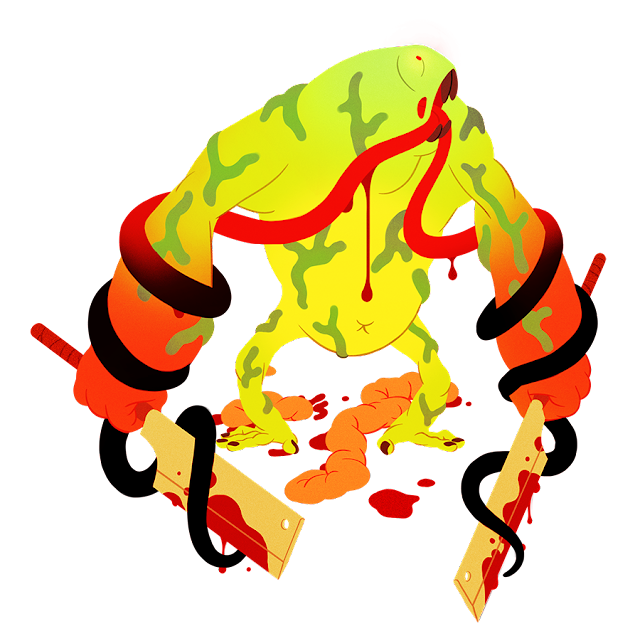 Rot Reavers are brawny, hunched, simian creatures, their green skin calloused with years of caked-on gore. They subsist by consuming the flesh of others - but unlike most normal carnivores they savour the taste of the rancid, festering meat of the undead.

Brandishing a pair of magical cleavers (around which their enormous twin tongues wrap, to further relish the flavour of the blood), they swing like demonic butchers, hungrily and recklessly. Recipents of a Rot Reaver's attack beware: the wound will magically fester, and should its victim die the body will be brought back into unlife under the Rot Reaver's control, to either serve or feed it!

I love how wonderfully horrible the Rot Reaver is. I'm a firm believer that there's a certain point at which excessive violence and gore reaches a sort of critical mass and crosses over from "juvenile obsession" into an outright art form. That point, as we all know, is Peter Jackson's Braindead.
Posted by Joe Sparrow at 19:09