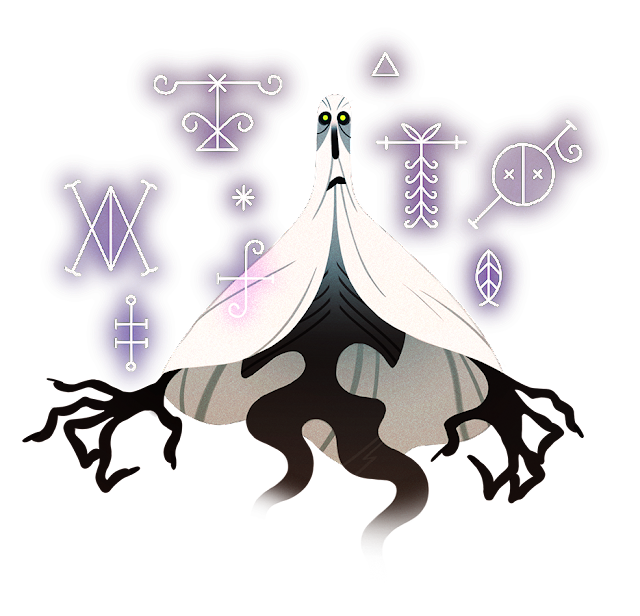 The longstanding traditional enemy of all undead are the clerics and priests of good-aligned deities. Clerics of gods such as Pelor and Heironeous are blessed with the ability to cast heal spells - which, being comprised of positive energy, actually deal damage when cast against undead. In addition, they can channel a wave of positive energy to "turn" nearby undead in an attempt to destroy them utterly. These abilities make clerics an excellent addition to any band of adventurers, not least when the quest at hand will involve numerous necromantic encounters.

A Quell is physically a very weak undead creature, just CR3. Barely corporeal, its matter flows around it like cloth, surrounded by a swarm of  floating runes of blasphemy and breaking. What marks it out is its loathing for deities and their followers - a loathing that manifests in an ability to completely cut off divine spellcasters from using divine magics against it. By itself, a Quell poses little threat; added to a group of sturdier undead it can effectively shut down a party's main means of survival for long enough for its brethren to do the necessary damage. For this reason, Quells are eagerly sought out by necromancers seeking to bolster their forces.
Posted by Joe Sparrow at 12:18