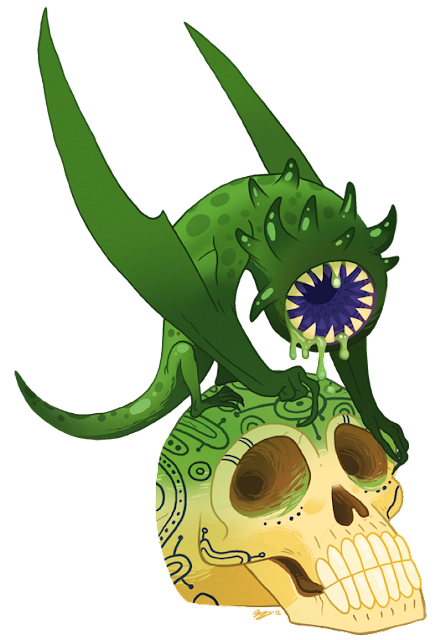 Quasits are among the weaker of the demons. They're small, measuring about a foot long, though still kinda strong, have a poisonous bite and can turn into some potentially dangerous animals. Quasits are the Abyss' equivalent to imps, which are similarly intelligent shapeshifting winged tiny devils. However, unlike an imp, which probably has ambitions of power, a quasit is more likely to cause mayhem and will ally itself with someone that can accomplish that.

A quasit can be bound into the service of evil spellcasters. A valuable tool for any malevolent mage as imps can speak with other members and lords of the Abyss to get some information back.
Posted by Blanca Martinez de Rituerto at 12:00