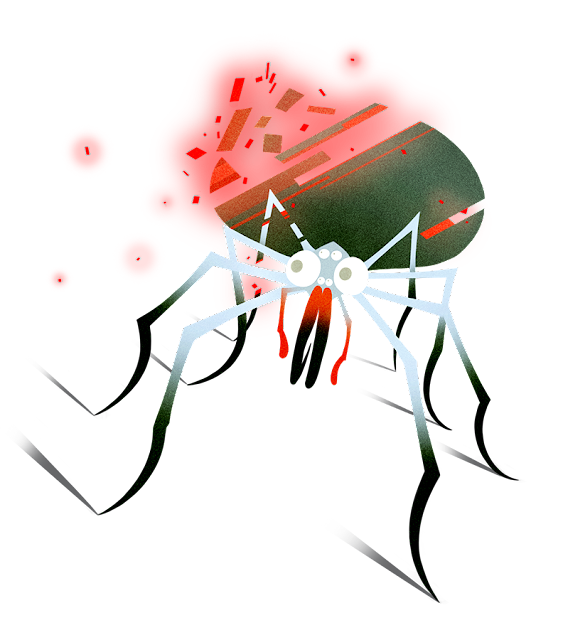 The Phase Spider is a creature with a unique hunting style. Eschewing any kind of web-spinning, it has instead evolved a startling ability enabling it to quickly and ferociously ambush foes: as a move action it can "phase" out of material existence, becoming briefly ethereal and intangible to the senses of its prey on the Material Plane. The spider locates its prey in secret, then shifts into the ether, where it can position itself to suddenly shift back into existence (appearing, to the surprise of its prey, to appear out of thin air!) to bite and poison its target, before retreating in ethereal form to wait for the venom to do its work.

The Phase Spider's large size (about as tall as a man, ten or so feet in diameter) makes humans perfect prey.

The "phase" effect I've gone for might seem a little confusing without being animated - it's sort of based on Anti-Mage's blink animation from Dota 2, I imagine the body glowing then "peeling away" into nothing, and reforming the same way. I haven't done an animated entry in a while so if you guys want maybe I'll give it a go sometime!
Posted by Joe Sparrow at 13:10