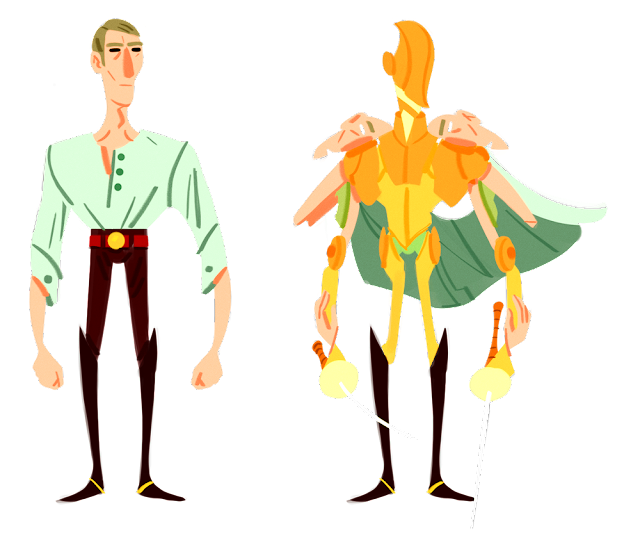 Most golems are, by and large, not constructions of great finesse. The materials usually available to the artificer - wood, stone, metal - lend themselves to sturdy, simple designs, which perfectly suit the usual role of constructs as gatekeepers and bodyguards; difficult to damage, and with considerable stopping power. As with all magical engineering, however, there is always somebody willing to take matters a step further.

Thus, we have the Nimblewright. The Nimblewright is unique among constructs in a number of ways. It is humanoid and of medium size, built more for agility than physical presence, and notably capable of impersonating a humanoid creature in appearance with a few add-ons and a spell or two. More than this, the thing that truly distinguishes the Nimblewright is its intelligence: golems are normally nonintelligent machines, capable only of understanding a few simple commands from their controller. The Nimblewright is animated by an elemental spirit of water, imbuing it with human intelligence and a unique personality, allowing for intuitive thinking in any situation. For this reason, Nimblewrights are often used as assassins and spies.

Robot form is sort of inspired by the aesthetics of that robot girl from the more recent Tekken games, she has some great moves where she sort of casually pops her head off. I'd love to revisit this and animate a transformation, I imagine it'd be horrifying in a Ghost-in-the-Shell way to see it happen. Blanca says the robot form looks like Samus. :(

Blanca's been working this weekend, so her post will be up later in the week!
Posted by Joe Sparrow at 14:20