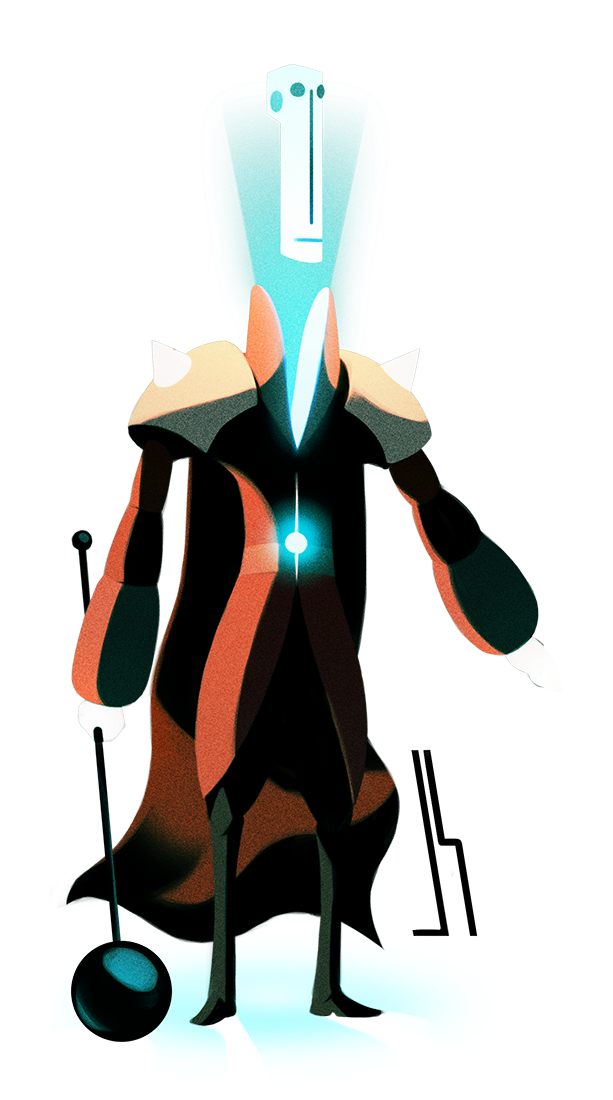 The Lumi are a race of beings hailing from the plane of positive energy who are roughly humanoid but for their strange,  luminescent flesh and their heads, which float necklessly above their bodies.  As a society they are essentially good-aligned, but Lumi law is distinguished by its almost religious reverence of Truth, often above all other virtues. To the Lumi, all falsehood (irrespective of scale or consequence) is crime. The Lumi tell no stories, except history. They study magic, but abhor spells of illusion and deception.

The bloody extent of this custom is known to humans - the two races have had amicable contact and trade but in the past humans have been tried and even executed for acts of harmless deceit. Lumi make good if straightforward soldiers (being incapable of things like ambush tactics) and will often join a party of adventurers, but they are easily and instantly offended. Caution is advised.

Necks are kinda hard for me to draw, so the Lumi's anatomy gives me a bit of a break. That said, this took ages for some reason. Right now I'm trying to make things as simple as possible without making them look lazy, or unfinished. Whilst I think the body deisgn/pose of this is a little yawnsworthy, an important part of Lumi anatomy is their glow, which I'm pleased with.
Posted by Joe Sparrow at 23:24