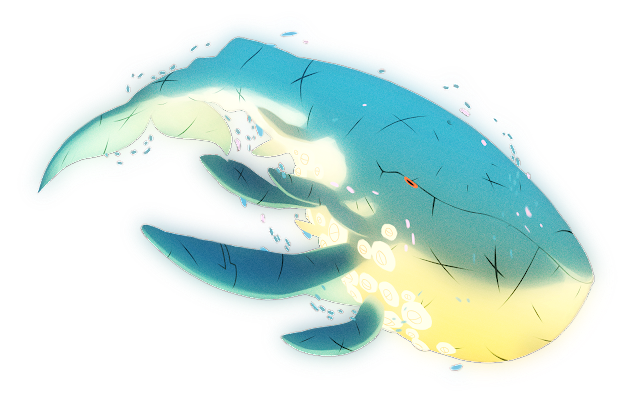 The Leviathan is not so much a creature as a force of nature. Resembling a whale of colossal size, the beast rarely leaves survivors of the creatures it encounters, mindlessly gulping down gallons upon gallons of water and indiscriminately consuming any matter floating therein. Some speculate the Leviathan to be merely a mercifully rare breed of monster, encountered occasionally by hapless sailors - other stories paint it as a single, legendary beast, of the same magnitude of the Tarrasque. In any case, unless you happen to be a warrior of epic level or have some kind of armada backing you up, the Leviathan is one of those creatures where by the time you encounter it it's probably far too late.

Feel bad that Blanca managed a non-digital offering this week when I stayed safe and photoshopped it up. My excuses are that I'm still trying to stick with this style of rendering (something I've been bad at in the past) and I just need to get it done quickly so I can get on with other stuff.
Posted by Joe Sparrow at 15:00