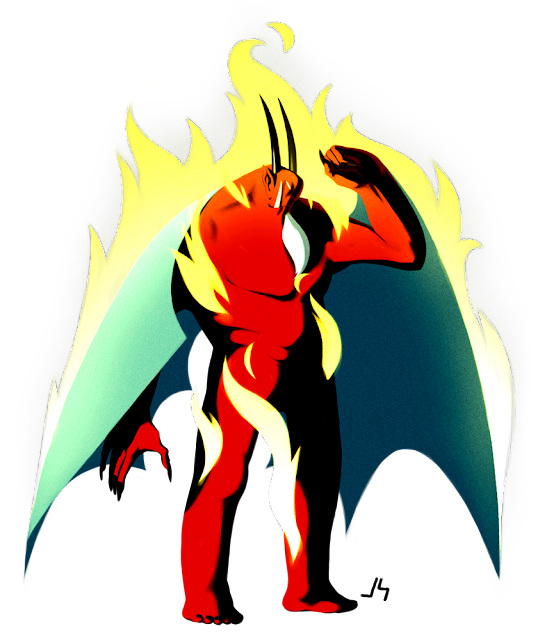 The Pit Fiend stands twice as tall as an adult human, wreathed in flames and using its wide wings like a grotesque cape. Pit Fiends are the princes of the diabolic realm of the Nine Hells of Baator, chief movers and shakers among the Baatezu. Endowed with monstrous strength and agility, as well as magical power, they are intelligent fighters and tacticians, more than capable of wiping out an entire party of adventurers solo. Luckily for the inhabitants of the material plane, the eternal conflicts of Baator keep the majority of these devils occupied.

Pit Fiend! Simple look, I guess influenced by things like Firebrand and that little blue Devil guy from that NES game that's in Brawl, and also by Chernabog. Mostly influenced by me trying to add tons of details like armour and chains and stuff and then thinking "god this looks terrible" and then removing it. Woo hoo! Art!
Posted by Joe Sparrow at 08:30