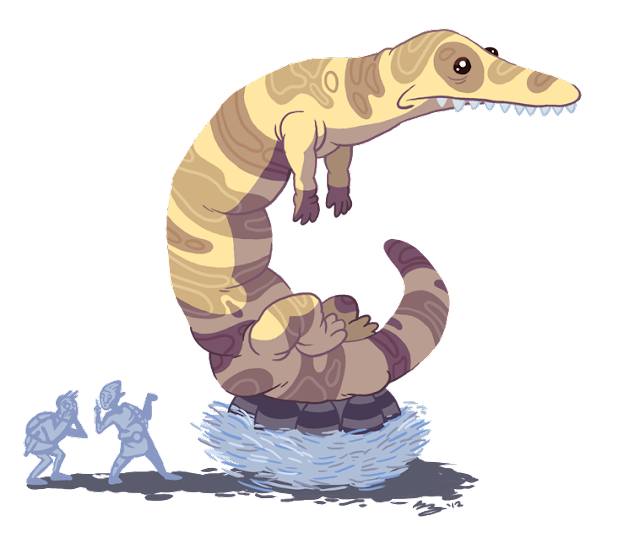 The Giant Banded Lizard is not a creature of legendary intellect. It doesn't plot; it has no minions; it doesn't hoard treasure; it has no magical abilities. That's because it's literally a big stripey desert lizard of huge size. But it'll still rip your shizzle because this here's a CR 7 creature with a nasty poison attack.

I like to think that those two guys in the bottom have been sent on a quest by the cooking lady so she can make some really lovely striped omelettes. Thems will be some good omelettes.

This monster's from Sandstorm, one of my favourite settings, as I've mentioned before. The monster section can be a little bit disappointing, since it can get a bit samey. Dried up undead monster with dehydrating attack, monster with sand attack, some sandworms, such and such... But there are some other quite interesting beasties there which I shall do in the future.
Posted by Blanca Martinez de Rituerto at 08:00