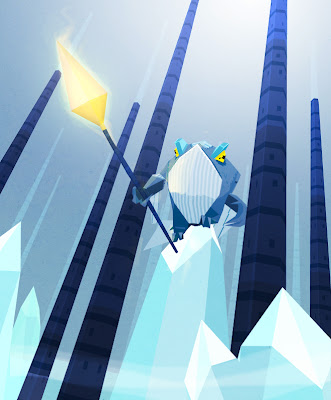 The Sahuagin are yet another malevolent race (D&D has a lot of those), this time from deep, deep waters. These fellas are the natural enemies of aquatic elves, and other gentle creatures of the sea. They have bonds with sharks, both by being able to speak with them and by becoming excited by the smell of blood (and going into a rage if its their own blood). Their god is Sekolah, a giant devil shark.

Fortunately for surface dwellers and those who live further up in the ocean, Sahaugin are weak-eyed (especially in sunlight) and water dependant. Unfortunately for those people, they're also mutable creatures. Some sahaugin have an extra set of arms, while others have the appearance of the sea's more benign races. They're ruthless and xenophobic, and while their own society runs relatively smoothly, they believe in the eradication of other races.

Just be careful when you go fishing.

3D models this time! Boy, they's nicely lit. Brought to you by Chris Cox, who's fairly new to the game, but very excited about it. 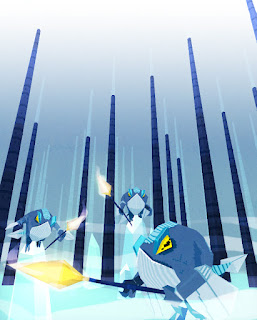