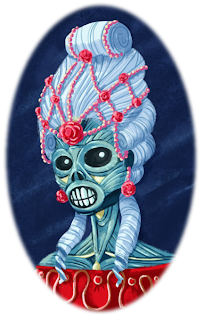 The book kinda implies that they're just really reserved, serious scholars who'd prefer to be left alone by anyone who thinks the undead are shambling abominations.
Posted by Blanca Martinez de Rituerto at 11:48